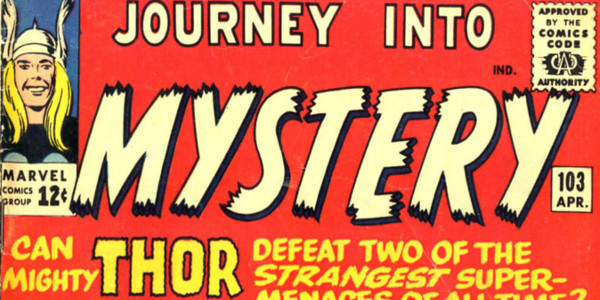 This isn't the first time that a Journey into Mystery Easter egg has occurred in a Thor movie - in the first instalment, on a billboard in New Mexico, the was a picture of a lovely, picturesque view with the accompanying text "Land of Enchantment  Journey into Mystery" which is, of course, the name of the first comic books that Thor appeared in as a Marvel character. In Thor: The Dark World, there was a poster in London that said something along the lines of "Live the Journey, Explore the Mystery". This is another reference to the original comic Thor appeared in and looks as if it will be a running theme in every Thor movie.
Contributor
K.J. Stewart
Contributor
Twitter

10 Horror Movie Mistakes Left In To Troll You

10 Movies That Caused A Public Backlash