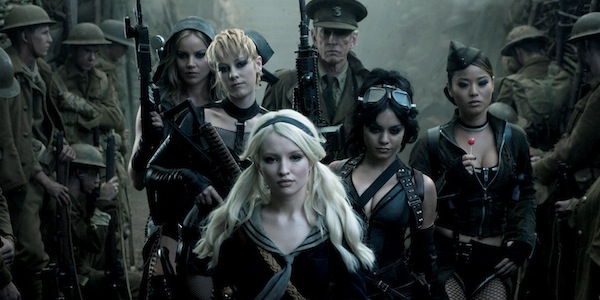 When Zack Snyder set out to make Sucker Punch, he presumably set out to unveil his most wild teenage fantasies on the biggest canvas imaginable, which mostly consisted of badass heroines dressed in sailor suits fighting Nazi robot monsters. Hey, we've all been there. Unfortunately for Zack, though, his crazy, CGI-addled video game music video (or whatever it was) didn't cut the mustard in the story department. Who'd have thought? Still, for all its failings (and there are lots of failings), Sucker Punch does totally deliver in one department, and that's the visual one. Say what you will about the rubbish plot and paper-thin characters, but there's no denying that Sucker Punch is an amazing technical achievement, an explosion of pop cultural-inspired visual cues. The breathtaking quality of these sequences means that, shallow as the movie is, it's certainly worth one viewing.