10. The Amount Of Money & Time They're Costing Us! 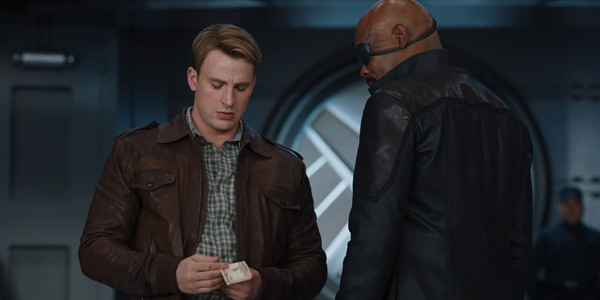 Marvel StudiosMarvel movies are relentless. The Marvel Cinematic Universe, in particular, is one of the most prolific movie franchises of all time, with no less than nine movies having been released to date. Guardians of the Galaxy is due out next month too - and there are several more movies planned over the next fourteen years. Factor in the fact that Marvel Comics fans might also want to keep up with the X-Men franchise (seven movies to date, with more planned), the Spider-Man movies (five movies over two franchises to date, with more planned), the Fantastic Four movies (two movies to date and a reboot imminent) and the various other movies Marvel have released in recent times (the Blade trilogy, the Ghost Rider movies, Daredevil, Elektra etc) and that's a lot of outgoings for the average person. Then add in the fact that there is now a television series to follow in Agents of S.H.I.E.L.D. (taking time out of our weekly schedules and topping up our electricity bills), as well as an up and coming Netflix series in The Defenders which will cost to watch, as well as tie-in comics with some of the movies to keep up to date with, and the costs really do add-up. And that's not even getting started with the merchandise! Oh the merchandise! How many Iron Man armours can Marvel fit in to one film?! Enough to make a whole toyline, that's how many. Parents must be cursing Marvel to hell and back.
Contributor
K.J. Stewart
Contributor
Twitter