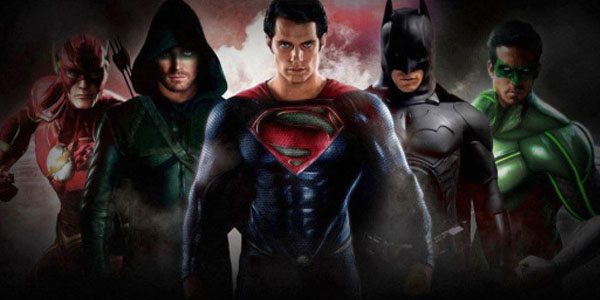 Announced as a response to Marvel's phenomenal success with the multi-movie release model, Zack Snyder's Man of Steel had the thankless task of kicking off a shared film universe for DC Comics and Warner Bros. The Henry Cavill-starred flick was a financial success, and while Man of Steel divided film critics and comics fanboys alike, a starting point is in place nonetheless. It's a lot more difficult to predict what follows. At the time of publication, Marvel Studios has produced nine features under the Marvel Cinematic Universe (MCU) umbrella and has four more announced or in production; they have a clear leader in president Kevin Feige and strong writers and directors like Jon Favreau and Joss Whedon. And Marvel has a cast that has not only been established in their respective roles, but is rapidly becoming inextricably associated with the superheroes they portray - think about anyone else besides Robert Downey Jr. as Tony Stark and you'll know what we mean. DC and Warner Brothers essentially have none of that. They have Man of Steel, some casting news for the still-untitled sequel, and a whole big bucket of rumours. While they also have a massive treasure trove of comic book source material at their disposal and millions and millions of dollars to throw into building a film universe, neither of those things necessarily translate into a superhero film that's actually worth watching. Taking it on faith that someone at DC or WB knows what they're doing, there are certain things that we can expect from the DC Cinematic Universe, either in the impending sequel or in future films. Here are ten such predictions, in no particular order - be sure to post your own expectations in the comments section below.
Contributor
Matt Hannigan