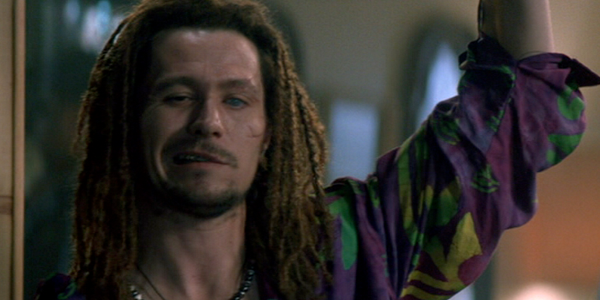 Gary Oldman loves a good party trick. The method acting genius constantly reinvents himself with over the top guises and intriguing characters. From Bram Stokers Dracula, to the psychotic Stansfield in Leon, hes played some whacky and memorable parts. Beyond his myriad starring roles, Oldman is remembered fondly for one cameo in particular, in the Tony Scott directed, Quentin Tarantino written blood bath that is True Romance. On screen for a mere six minutes, Oldman plays a dreadlocked, gold-toothed ghetto pimp by the name of Drexl Spivey, littering the scene with obscenities and crazed violence. His immersion into the character is astonishing, and I applaud anyone who spotted that it was him on first glance, I certainly didnt.
Contributor
Lee Warner
Contributor
Twitter

22 year old history graduate with a passion for football, film, tv and gaming, attempting to carve out a career in them somehow. Huge fan of nostalgia, David Lynch films and the Super Nintendo. Did I mention nostalgia?