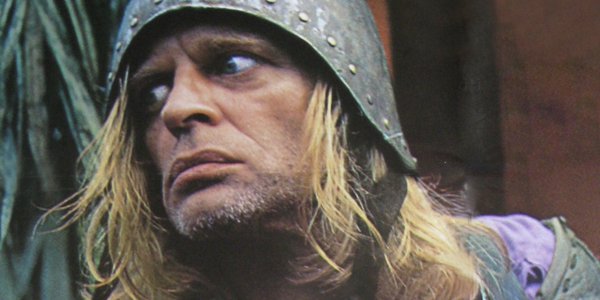 Played By: Klaus Kinski Nobody could play demented villainy quite like Klaus Kinski. His penetrating stare, face full of unbridled emotion and infamous real-life behaviour brought the titular Spanish conquistador to life. Kinski elevates into full on mad man setting to truly explore the cruelty of the man. Werner Herzog's masterpiece is lead by the evil of Aguirre and despite the infamous clashes between Kinski and his director, this is his best and darkest performance. Aguirre, inevitably melts down in extremity and in the end he is the victim of his own evil.

Played By: James Cagney Cody Jarrett was the role that elevated James Cagney into the role of a monster. He had played many villains before but none quite like Jarrett. He's a ruthless thief and an even colder killer - he will kill associates without blinking and just because he feels like it. He's a sadistic psychopath and the rotting heart of this classic gangster noir and the deranged killer will forever be immortalised by his final line: "Made it ma - top of the world!"

Played By: Linda Blair Pazuzu is the demonic force that possesses Regan in the finest horror movie ever made. Pazuzu uses Regan as a vessel and forces her to taunt and abuse those in her surroundings and her possession sets in motion the events of the movie. Pazuzu through Regan is a terrifying beast and it forces Regan to do some gruesome things and none more so than that whole business with the crucifix, which is still an incredibly unnerving scene that has gained infamy and countess Youtube hits.
Contributor
WhatCulture
Contributor
Twitter

20 Things You Somehow Missed In Rocky

10 Movies That Were Filmed In Total Secrecy

10 Movie Actors Who Returned To Roles They Hated

20 Awesome Movies You Didn't Know Were Still Coming In 2020

9 Horror Movie Franchises That Literally Do The Same Thing Repeatedly