11. Back to the Future Part IV: Roswell 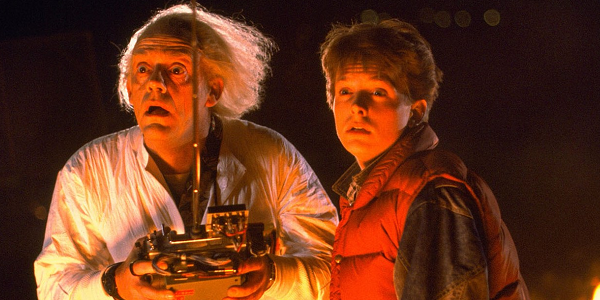 It's A Sequel To...Back to the Future Part III (1990) "Theres no Back To The Future IV and there shouldnt be a Back To The Future IV. I dont think there should ever be a fourth sequel to anything. Three is a dramatic number. Its a three-act structure. Four is even. Four is boring." Not my words, but those of director Robert Zemeckis, who later announced that all plans for a fourth Back to the Future movie were being put to bed. But that was after we'd heard Hollywood's take on the sequel. Yes, for a brief period (and it was very brief) Universal had writer Ed Solomon working on a couple of treatment ideas for what would have been a Back to the Future alien movie. Yes, in this version, Doc Brown would have accidently caused the infamous Roswell incident and would team up with a plucky female scientist (Michael J. Fox was not written into the story) to sort things out. It sounds incredibly far-removed from the series, so luckily it was eventually canned. Nutty Movie Sequel Rating: 9/10
Contributor
T.J. Barnard

New Report On Becky Lynch's Role In A Marvel Movie