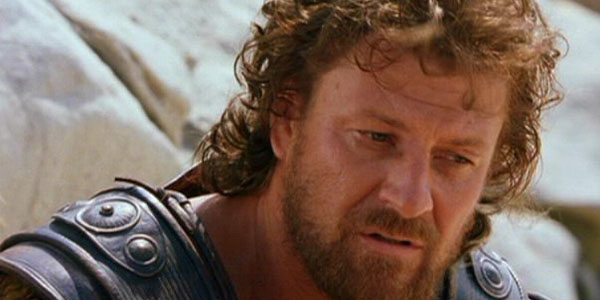 Yes, here we are again. After writing the first article, I began thinking about other great actors that I had left out of the list for one reason or another. After a while I realised that there was actually a few. It seems that we sometimes forget how fallible great actors are and are prepared to forget their bad roles. So here's another list, but with a condition this time around- no actors from the first list can end up in this list. I know that some on the first list have plenty more that could be set on a pedestal to demonstrate as a bad movie, but this is going to look further afield. And with that in mind, and a spoiler warning, let us commence! In no particular order...

7. Judi Dench As Aereon In The Chronicles Of Riddick

The Chronicles of Riddick is what often happens when you make a sequel from a relatively simple original movie. Pitch Black was a very clever horror movie concept and it worked extremely well. The trouble was that a sequel couldn't be the same thing all over again, nor could it have the same intimate chemistry the first one enjoyed. So the sequel decided to introduce all sorts of new concepts, including a whole new plethora of races- many of which had names that were, frankly laughable (seriously Furyan? Or Necromongers? Are these truly the best that the writers could think up?) as well as new worlds and a frankly bizarre aesthetic. For all this exposition to be thrown at the film, the writing would have had to be good for it to seem like a compelling movie. Alas, it is anything but as the movie seems to lurch forward with really slow talking sections between action scenes. Judi Dench in the movie is not so much good or bad as just plain confusing. I genuinely think that though she puts in an ok performance she is a minus for the movie simply because she doesn't feel like she belongs there. The Chronicles of Riddick was never going to be a A-grade action film and having someone like Dench in it somehow stops your belief from being suspended. Instead she just reminds you of what dross you are actually watching.
Contributor
Vectron44
Contributor
Twitter

Gamer, Pop Culture consumer and WWE watcher, Vectron44 has been described as a prophet of truth, a pain in the proverbial and everything in between. Approach with caution lest you get sucked into his world of geek.