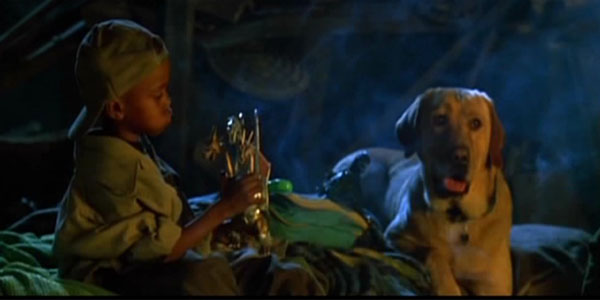 20th Century FoxRoland Emmerich's name, much like Michael Bay's, has become synonymous with that of incalculable destruction, given that he's blown the world up on countless occasions - and arguably to more devastating effect. It's no surprise, then, that Emmerich was also the brains beyond 1998's Godzilla, which was pretty awful, but is a memorable entry in the director's canon nonetheless. What better way to acknowledge the fact than to have a kid playing with Godzilla? Which is exactly what happens here: the son of Vivica A. Fox's stripper character, Jasmine Dubrow, can be seen in possession of several Godzilla toys during one of the scenes. "Wait a minute," you say. "That's not an intentional reference. I'll have you know that Godzilla came out two years after Independence Day!" Whilst that's true, Roland Emmerich had been in negotiations to play Godzilla long since before the production of Independence Day. So there.
Contributor
Sam Hill

10 Movies That Changed Other Movies