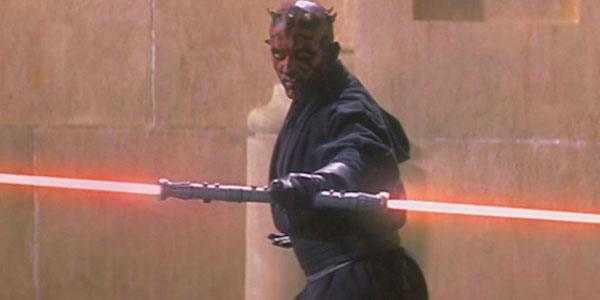 Darth Maul is almost everyone's favorite character from the Phantom Menace and for good reason. His unique tattooed appearance and use of a double bladed lightsaber make him one of the most memorable characters in the prequel trilogy. Shadow Hunter shows Maul hunting down a Trade Federation official who attempts to sell evidence about Palpatine's plot against the Jedi. During the novel, Maul tracks down and kills everyone who comes into possession of the information including some Jedi who he runs across. A film adaption of Shadow Hunter should showcase Darth Maul's abilities both as hunter and as a Sith Warrior. The film would be wise to avoid giving Maul substantial amounts of dialogue and maintain his mysterious persona from the Phantom Menace.Throw in some nice puzzles for him to solve on the way and a few well done lightsaber fights and it could be an extremely fun movie to watch
Contributor
Paul Sorrells

10 Best Revenge Movies Of All Time

Who Actually Killed Who In Scream?

10 More Upcoming Movies That Are In Big Trouble

10 Horror Movies That Unbelievably Cut What We Wanted To See

20 Things You Somehow Missed In The Truman Show

10 Best Movie Characters Not Introduced Until The End