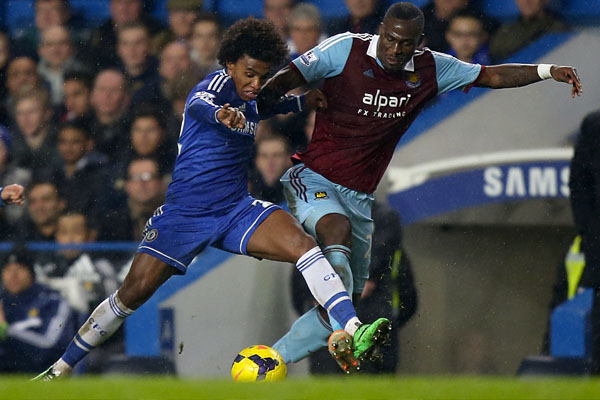 John Walton/PA Wire/Press Association ImagesOkay, granted, you probably did know about this one, as it was big news and very recent (2013), but it was impossible not to include it, given the extraordinary circumstances of Willian's U-turn. Spurs had paid to bring Willian to England for his medical (which he did actually undergo) with a deal apparently having been made, in principle, for his transfer from Russian club Anzhi Makhachkala. The White Hart Lane club were said to have seen off the competition of fellow Premier League side Liverpool in order to win the race for the Brazilian international - but Jose Mourinho's Chelsea had other ideas. The Stamford Bridge club hijacked the deal at the last minute, with Roman Abramovich making a personal call to Anzhi's owner Suleyman Kerimov and signing Willian for a fee of £32 million - £2 million more than Spurs were going to pay - and really ticking Spurs off, with Jose Mourinho denying that any foul play or personal vendettas were involved in the acquisition (Andre Villas-Boas - Mourinho's former friend - was Spurs' manager at the time) and suggesting that Spurs had paid the price for not doing the medical "in secret".
Contributor
K.J. Stewart
Contributor
Twitter