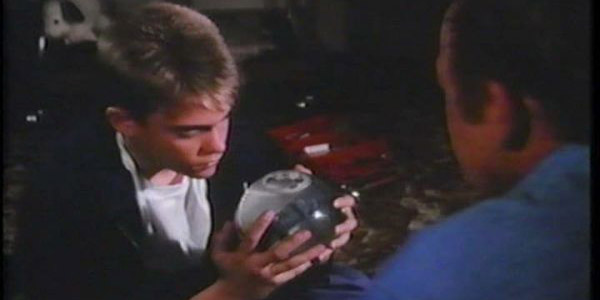 It happens more often than television fans would like to admit: after several years of success, invariably the producers of a series run out of original ideas and are forced to come up with a gimmicky episode to keep eyeballs watching. Every viewer should be familiar with the well-worn tropes by now: a "live" episode (30 Rock, The West Wing), a "bottle" episode featuring only the main cast and one set (recently deconstructed in a wryly funny Community episode), a wedding, funeral or birth (every series ever), or stunt casting of a wildly famous actor (see: James Franco's bizarre turn on General Hospital.) Some attempts at this have been so egregiously awful as to cause fans to shake their heads in disbelief and wonder, "What could they have been thinking?" They have to be seen to be believed, so with that mind, here's a list of 10 of the worst offenders.

Episode: "Royal Wedding" aka "The Moldavian Massacre" In a season-finale gimmick to end all gimmicks, this wildly popular 80's nighttime soap, faced with contract renewal times for its major players such as Joan Collins and Linda Evans, arranged for a guerilla faction to storm into the wedding of Amanda and Prince Michael in the dubious country of "Moldavia", and slaughter the entire cast....at least that's what fans were led to believe. When viewers returned the following season, somehow the only body count was two minor characters in the weakest resolution to a cliffhanger of all time. Dynasty never really recovered from the negative fallout of this and was canceled shortly thereafter.
Contributor
William Graff

Hi there, What Culture-ers! I'm William Graff, a 40-year old freelance writer from the wilds of Capitol Hill in beautiful Denver, Colorado. I enjoy many things such as beer, Doctor Who, The Simpsons, record collecting, stand-up comedy, long aimless walks, and of course the Broncos, which is required by law if you live here. I appreciate all feedback for my writing, but I prefer cash and/or deleted Smiths singles in lieu of praise. Rock on!

Friends Quiz: Did Joey Say It?