6. You Take Pleasure In Other People's Pain

There's a German word for it: schadenfreude, and it means to "take pleasure in another person's pain," which is sort of what Gunther is all about, isn't it? Well, at least, it is when it comes to the whole Ross/Rachel thing. Gunther specialises in trying to tear Rachel away from the geeky paleontologist, you see, and - in one episode - even informs her that Ross slept with somebody else whilst they were "on a break." And just in case you thought that was a one-off, check out Gunther in the background of pretty much every episode - if something bad is happening to anybody that isn't Rachel Green, he's usually grinning like a banshee in a belltower.

5. Everyone Assumes You're Attracted To Members Of The Same Sex 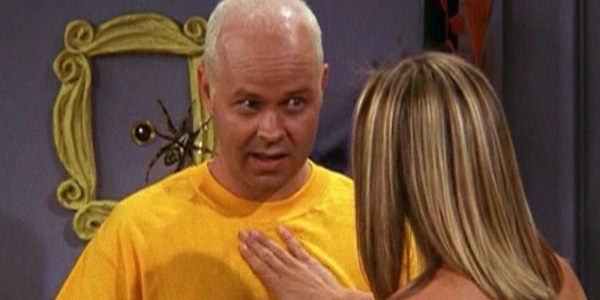 Yeah, there's something about your behavior that leads people into thinking that you're attracted to members of the same sex - which is fine, except for the fact that you're actually straight. So what it is about Gunther that leads Rachel and Phoebe into thinking that he's into men? Could it be that bleached hair, which Rachel so elegantly describes in one episode as "brighter than the sun?" Is is it the fact that he's rarely ever seen talking to women? Those proud, flamboyant shirts he seems to treasure? If you can be similarly defined by such features and find yourself frequently experiencing the same problem as Gunther, I think we're onto something...
Contributor
WhatCulture
Contributor
Twitter

Smallville: 10 Best Characters Only In One Episode

The Simpsons: 10 Episodes Probably Made Out Of Spite

The Big Bang Theory: You'll Never Get 100% On This Penny And Leonard True Or False Quiz

The Office Quiz: Did Pam Beesly Say It? New