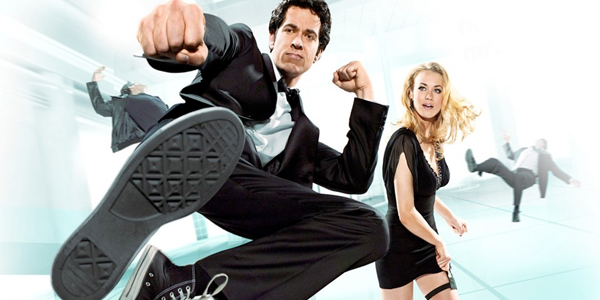 When the Veronica Mars movie project was posted through the popular crowd-sourcing site Kickstarter, it opened the floodgates for many producers and stars to try and get their fan favorite series a second life. The project would end up reaching its $2 million dollar goal in less than a day, and went on to earning over $5 million in 30 days. Along with the Veronica Mars movie, a new season of the cult classic series, Arrested Development is also (ironically) currently in development and will be released next month exclusively through Netflix. These two projects have given hope to fans of shows that were cancelled by networks. The reasons these shows were cancelled in the first place was because even though there was a core fan base, the show was not getting the amount of viewers needed to generate a profit. The success of both Veronica Mars and Arrested Development have sent the internet ablaze with the idea that a cult classic show can be resurrected for not just a reunion episode or a comic book adaptation, but a full fledged movie or new season. Executive producers and former stars of these series have been communicating with fans through different social media outlets and letting them know that they are trying to bring back their series in some way. Although Kickstarter has been a blessing for some fans, others believe that it has sold out by allowing big properties to ask fans for money when it should be up to big budget studios to produce such endeavors. I feel that Kickstarter is a great way for passion projects to be developed and it can be a great medium for creators of series that failed to reach a target market to be funded by the true fans that actually watched the show each week. The debate amongst fans has been should these series just be left alone or do they deserve some kind of closure? The question shouldnt be whether these shows be brought back in some form or another, it should be which shows deserve to come back. Which shows gave the audience no real conclusion or with a cliffhanger? What shows left the audience wanting more? Which shows would still be relevant after not being on air for so long? Although I dont have all the answers, I can provide my selection of which shows I believe deserve a second chance. Here are seven fan favorite television series that should be resurrected.
Contributor
Al Mannarino
Contributor
Twitter

After going back in time and successfully taking down the Empire whilst rescuing the Ark of the Covenant from the hands of the Nazis. I decided to hang up my blaster, bull whip, and Tardis to live a less exciting life as a student of History and Radio/Television/Film at Rowan University.

Friends Quiz: Can You Remember These Obscure Details? New

How I Met Your Mother Quiz: Who Did Robin Say It To?