7. Tyrion Is The Son Of Joanna Lannister And The Mad King 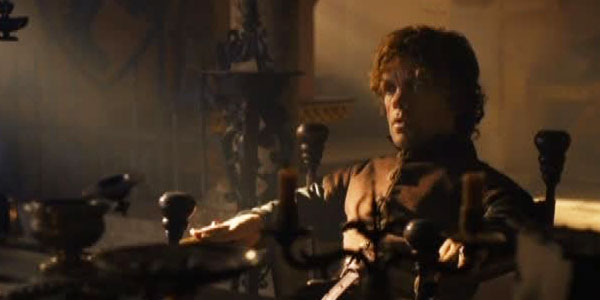 This one I have a hard time with. Although we can see time and again that Tywin has no real love for his dwarf son, I am not convinced that it is because Tywin knew that Tyrion was Mad King Aerys bastard. There is mention that Aerys was attracted to Joanna, but is that enough to suggest an affair? It might be she was raped, and Tywin could do nothing, as this was the King, but after Joanna dies, what reason did Tywin have to keep him around? He would likely have drowned him in a well, as he threatened to do. We learn that Tywin had great love for Joanna and was a different man before her death. It is logical that he might blame the child that stole his wife and love from his life, especially when he's a deformity in Tywin's eyes. There are hints that Tywin suspected, as he tells Tyrion that since he cannot prove that he is not his son, he will treat him as befits a Lannister. He continues to tell him that Tyrion will never inherit Casterly Rock, despite the fact that Jaime can never inherit due to him being on the Kings Guard. Tywin also tells Tyrion that he is no son of mine after he loses the quarrel in him, but that could just be saying that he considers their blood tie now severed, due to his actions. There is also mention that Tyrions hair is so blonde it is white, which is more of a Targaryen trait, than a Lannister, but not sure if that is proof enough to suggest he is half Targaryen. It is an interesting theory to consider though.
Contributor
Samantha Cass

Way too much time watching TV and movies has led me to believe I was meant for more than answering the telephone for a living.