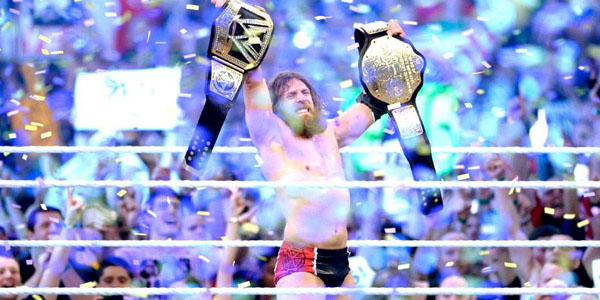 The world of wrestling may not have ever seen something like the rise of Daniel Bryan before, and it may not see anything like it again. Fans got behind Bryan in such an organic way, and the support kept building and building and building until WWE had no choice but to make him one of their top stars, even though it was crystal clear they did not want to do it.

To get behind a wrestler after what should be one of the lowest moments they've had (losing the World Title in 18 seconds at WrestleMania), and to push them higher and higher, is something you just don't see much anymore. In today's era of wrestling, fans do get behind their favorites, but after a while, they grow bored. Maybe the wrestler doesn't change enough for their liking through the months. Maybe the wrestler is the victim of poor booking, and people give up. Not only did Bryan's face pops continue on, they got bigger and bigger, even with the booking that people viewed as "sabotage".

All throughout the roller coaster ride that was Bryan's 2013, fans were hoping... praying... that the company would come to its senses and give him his "WrestleMania Moment". When he finally got it, people simply could not control their emotions anymore. Daniel Bryan has been so likable as a wrestling character, but more importantly, Bryan Danielson has been so likable as a person. Fans didn't see him as your usual larger-than-life pro wrestler. Fans saw him as one of them, and it showed.

No matter how his title reign would go, the fact of the matter is that it happened, and when it did, many a happy tear was shed all across the world.

10 WWE Wrestlers Who Are Dating The Competition

Exposing The Myth: TNA Was A WWE Rival New

10 Craziest Things Vince McMahon Has Ever Said To Wrestlers