14. All The Insults About Stephanie McMahon Being A Slut 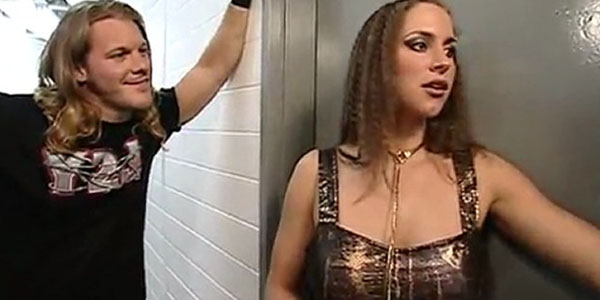 WWE.comLet's let Chris Jericho take over this one by sharing some of the funny lines he used on Stephanie McMahon over the years. "You're nothing more than a filthy, dirty, disgusting, brutal, skanky, bottom-feeding, trash-bag ho!" "As far as Stephanie McMahon-Helmsley is concerned the word honor means jump on her and stay on her. Well, let's spell that word H-O-N-E-R. I guess Stephanie is half of that. After all she is a filthy, dirty, disgusting, brutal, skanky, bottom feeding trash bag H-O. And no amount of defending will ever, EVEEER change that!" "For you summer slam is usually a quickie on a hot summer night!" https://www.youtube.com/watch?v=d-qU4cANSec "Last week, I was punished for calling Stephanie McMahon-Helmsley a bargain basement slut - yeah - and I also called her the filthiest, dirtiest, most disgustingly skankiest, brutal, bottom-feeding trashbag ho I had ever - EEEEEEVER - seen in my life. So I came out here tonight to apologize. I came to apologize to all of the bargain basement sluts... and to all of the filthy, disgusting, dirty, skanky, brutal, bottom-feeding, trashbag ho's - I apologize for even comparing you to the miserable slimeball pig that IS Stephanie McMahon-Helmsley. So I apologize for offending anybody, with the exception of Stephy Baby." These are the kinds of things that Jericho said to Stephanie on a regular basis. Why does WWE want us to forget it? Because there's no way they would let him say those things on WWE TV when it's PG like it is today.
Contributor
John Canton
Contributor
Twitter
Facebook