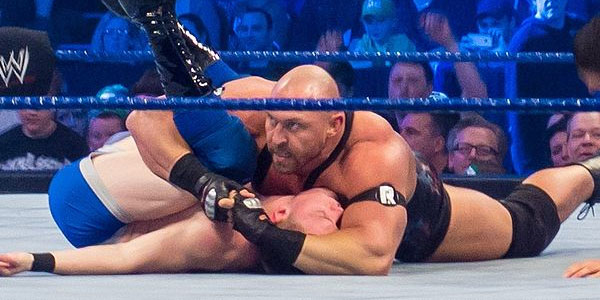 Oh, Ryback. This time last year he would have been placed considerably higher up this list, but 2013 wasn't very kind to the man who appeared on NXT as Skip Sheffield, and as a result he's in something of an undesirable position, tagging with Curtis Axel after the pair's association with Paul Heyman failed to work out as intended. According to the font of knowledge that is wrestling dirtsheets, the expectation was that having Ryback wrestle big names like CM Punk and John Cena would allow him to absorb some of their prowess by proxy, and his unwillingness to improve and supposedly big head has been something of a stumbling block as a result. All that being said, Ryback is far from a lost cause. The Big Guy looks like a star (and a terrible nickname) and seems to fit to a tee the sort of main eventer that the WWE like to get behind. For Ryback, like so many others, it's just a matter of what that one moment that propels him to the top would be - perhaps the long-teased face off with Goldberg?
Contributor
Brad Jones

10 AEW Vs. Impact Matches That COULD Happen