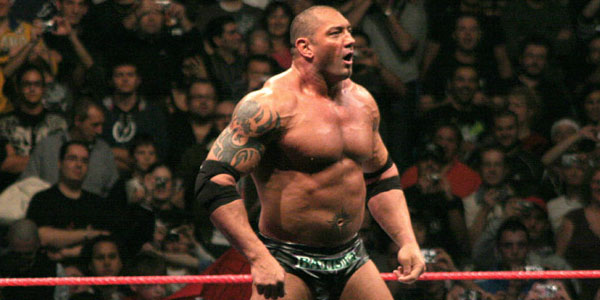 Dave Batista is scheduled to return home to the WWE on Raw this week, where he will no doubt get the chance to pick up his awesomeness from where he last left it. Granted, it would be tough to top his last run, where he was pretty much the worst human being on the face of the Earth for months, but thats part of the challenge of our so-called sport. I certainly have made no secret of my love of Batistas run as a heel in 2010, including an exit from the promotion where he was fired by Bret Hart and wheeled out with a cast on several parts of his body while crying like a baby. So theres a lot to live up to there.

However, in the spirit of positive thinking, Id like to present five other returns after long absences where the returns far exceeded the investment and made everyone take notice for a little while. And in the interest of fairness, five returns where wed just like to forget about them. These are in no particular order, by the way, aside from whatever I thought about off the top of my head that seemed like a good idea at the time.
Contributor
Scott Keith
Contributor
Twitter
Facebook

Scott Keith is a wrestling blogger and general smart-ass, residing at blogofdoom.com, aka Scott's Blog of Doom! Scott began slacking off in Computing Science classes in university, and discovered the wonderful world of writing online in 1993, and has never looked back since then. You may wish to purchase books by Scott on Amazon. http://www.amazon.com/-/e/B001JS89P0

10 Insane Things You Missed When You Stopped Watching NXT

Why This WWE Raw Star Has Totally Vanished