FIRST APPEARANCE: ACTION COMICS #242 (1958) Brainiac is one of Superman's most famous comic book foes, though curiously has never had a movie incarnation (yet). He is an extraterrestrial android, a green-skinned alien who is humanoid in appearance, possessing a superhuman intellect, with a knowledge of engineering and sciences that is thousands of years in advance of our collective own. In addition to creating complex devices like shrink rays, he is able to use his mind to control others, probe their thoughts, as well as manipulate technology and even travel through time and space. Generally regarded as one of Superman's most powerful foes, Brainiac has destroyed entire planets in his quest for supremacy, and has had enough of an impact upon general pop-culture that the term "brainiac" (to refer to an extremely intelligent person) was in fact spawned from this character. Hopefully he'll get the cinematic treatment one day...

FIRST APPEARANCE: NEW TEEN TITANS VOL. 1, #2 (1980) Deathstroke was originally referred to as "Deathstroke the Terminator", but after James Cameron's movie series hit it big, the name was reduced so as not to confuse audiences (or make people think that the character was a rip-off, despite ironically being created first). A result of experimentation, Deathstroke possesses physical abilities far in excess of any regular human being as it pertains to speed, strength, and so on, while his ability to use up to 90% of his brain makes him a startling strategist. He also has a healing factor that allows him to heal from to recover faster than regular humans, though this does not extend to regrowing missing body parts. He can return from the brink of death, but will do at considerable psychological expense. In addition to his armour suit, his signature weapon is a power staff, which can fire energy blasts at his enemies. 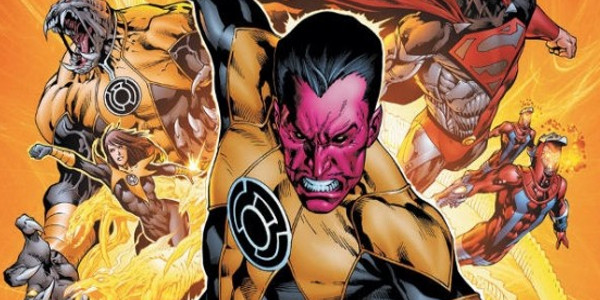 FIRST APPEARANCE: GREEN LANTERN VOL. 2, #7 (1961) Sinestro is the former mentor of Hal Jordan, the world's strongest Green Lantern, who became a villain after his dictatorial training methods were deemed too severe, was banished to the antimatter universe. Here, he met the Weaponers, who forged a yellow power ring for him to return to the matter universe with, and wreak havoc against the Green Lantern corps. His ring allows him to fly, withstand the conditions of any known environment, and like the green rings, construct any object he can think of. Sinestro's physical likeness is, in fact, based upon famed British actor David Niven, though of course, his skin colour is generally depicted as being somewhere in the range of red, pink or purple, depending on the comic arc. He was played rather ably by Mark Strong in the mostly awful 2011 movie Green Lantern.
Contributor
WhatCulture
Contributor
Twitter

10 Things Everybody Gets Wrong About World War 2

10 Lesser Known Comics That NEED To Be Movies