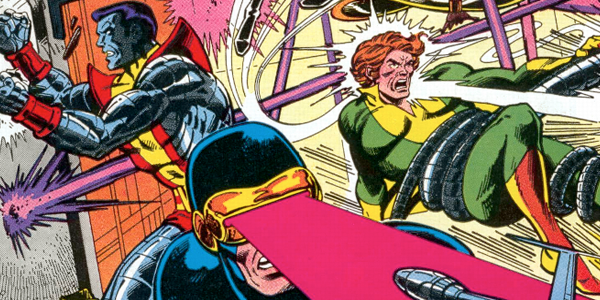 Anyone who read the oversized Green Lantern #20 last month saw something exceedingly rare in comics: an issue with at least several pages devoted to bidding a fond farewell to the creator who took a comic book with modest a following at best, and turned it into one of the industrys most popular. While the Batmans, Supermans and Spider-Mans of the world have never lost any significant level of name recognition no matter whos driving their respective books, GL #20 reminds us of how crucially important certain creators are to any given characters popularity. The following is a list of the top 5 creators who may not have necessarily written anything that altered the medium itself a la Watchmen, but managed something just as impressive on a smaller scale: taking second-stringers and making them and their respective titles bigger than anyone could have ever imagined.

Okay, its 1980 and youre the editor-in-chief of DC Comics. Youre continually losing market share to Marvel and the future of your almost half-a-century-old company, despite owning some of the biggest names in the superhero world is in jeopardy. What books going to pull your fat out of the fire? One of the Superman titles? Batman? How about an updated version of a previously canceled book that featured a team of teen sidekicks led by Robin? Incredulous? You should be. That is, until I tell you whos writing and drawing the thing. Marv Wolfman and George Perez version of the Teen Titans became so successful its routinely written about as having saved DC from slipping into permanent irrelevance in the 80s and quickly became a rival to Marvels previously peerless Uncanny X-Men. Even though other versions of the Titans would follow their run, its no coincidence that when the Teen Titans anime-style cartoon premiered in 2003, the group consisted entirely of members pulled from the Wolfman/Perez iteration. Although the series is not remembered as particularly groundbreaking in the way something like The Dark Knight Returns is, it offered unique innovations of its own, being one of the first times character development played such an integral role on a team book. One could argue (as Im about to do so get ready) that character played a bigger role on Wolfman-Perezs team than it did on the X-Men, as Wolfman-Perez began offering battle-free issues devoted entirely to the characters personal lives as early as issue 8 with A Day in the Lives. Even when the book wasnt being so introspective, it consistently showed the members existing as entirely independent entities who had important lives outside the team. Sure, Titans Tower was a meeting place, but at the same time, almost all of the members were either busy with college courses or work, had non-super-powered civilians as romantic interests, and frequently spent their free time away from headquarters. To put it simply, unlike the X-Men or almost any other team book, readers always knew exactly what the heck these heroes did all day when they werent busy battling baddies or trying not to get killed in the Danger Room. Its that human angle that turned the Titans from a group whose only appeal had been based entirely on their connections to their more famous adult counterparts, into such superstars that an appearance by them in an issue of Wonder Woman or Action Comics would be a guaranteed sales boost for their former mentors.
Contributor
Hector Fernandez

Mecha Quiz: Can You Name All Of These Mechs From Comics, Cartoons, And Film?

Sasha Calle Cast As DCEU's Supergirl For The Flash