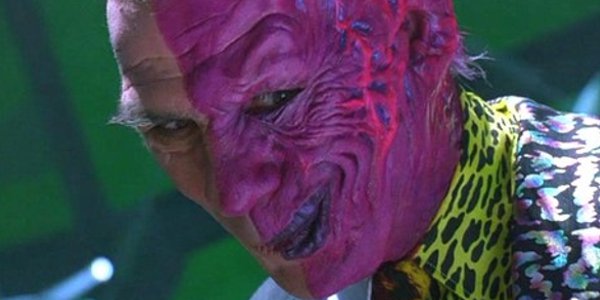 Batman has some of the most iconic characters, never mind villains, in any medium. The Joker is arguably as recognisable as the Dark Knight himself, and names like Two-Face, Catwoman and The Riddler are known the world over.

But what about those villains that have never made the cut? What about those that DC would rather sweep under their giant carpet, hoping no one remembers the sometimes laughable bad guys thrown at us? Whether it's wacky costumes, terrible names or just a downright awful adaptation, we list some of Batmans lesser known, or completely abused properties that never should have seen the light of day.

A rare misstep from Batman: The Animated Series here. H.A.R.D.A.C (which stands for Holographic Analytical Reciprocating Digital Android Computer), is basically a killing machine, who creates android clones of some of our favourite Gothamites, including Bats himself.

The episodes involving this villain arent necessarily bad, its just H.A.R.D.A.C is obviously void of any emotion, and therefore nearly impossible to appreciate any of his methods or motivations. While the writers attempt to make the machine a relatable character, there just isnt enough substance or direction given to make the villain anything more than campy. The fact that they managed to get three episodes out of a computer as a major villain is astonishing. Still, that such a poor villain doesnt take away from some excellent character arcs involving Bruce and Barbara Gordon is testament to one of the greatest shows ever made.

As a pretty nerdy guy, I've loved film and television since I was a wee lad. Growing up in Ireland, The Den was the show to watch with it playing Batman The Animated Series, Star Trek: The Next Generation and everything in between. I have an MA in Radio and Television Production and have written for various sites, hope you enjoy my articles/lists for What Culture!

9 Mind Blowing "What If?" Scenarios That Almost Changed Comics Forever

What Happened To Every Version Of The Hulk?

9 Most Messed Up Things Spider-Man Has Ever Done

10 Essential Manga You Need To Read Before You Die

10 Most Ironic Deaths In Comics History

10 Comic Characters Who Totally Changed After Appearing On Screen