Book: Winter Soldier # 1 Written By: Ed BrubakerPencils By: Butch GuicePublisher: Marvel ComicsPrice: $2.99Pages: 30Release Date: OUT NOW While on paper this is the first issue of a brand new series it is, in reality, a continuation of the vast, expansive story that writer Ed Brubaker has been telling since he relaunched the original Captain America book way back in 2004. Don't let the title of that comic fool you - the series was far more concerned with Bucky Barnes, Cap's long-thought dead sidekick, brainwashed into being a soviet super-spy, than it ever was the star-spangled avenger. Steve Rogers was actually absent for the majority of the run, having been killed off in the pages of 2006's Civil War crossover, resulting in Bucky reluctantly taking up the Cap mantle. That initial run, which lasted from 2004-2010, featured dark, character-driven tales of espionage, more in line with 70s thrillers than any bold, bombastic super-heroics. As Brubaker portrayed him, Bucky was a character haunted by his past and, even long before he superseded Steve, his very presence gave the book a dramatic edge unique for most superhero titles. However, in typical comics fashion, Marvel eventually resurrected Steve, putting him back in the suit and relaunching the main Cap series. Not only did this rob us of the further adventures of Bucky Barnes, arguably Marvel's most popular character since Deadpool was created in the 90s, but the Marvel big wigs saw it appropriate to reinvent the series as an explosive, summer blockbuster. If the old Cap title was a 70s thriller than the new one was like a Michael Bay movie. Great to look at, occasionally engaging, but ultimately hollow. After the disappointment of that refocused title, we should all thank our lucky stars (and stripes) that Marvel had the good sense to give Bucky his own series and, fittingly enough, it allows Brubaker to return to the storytelling tropes that made his initial Cap run so memorable. After the events of 2011's Fear Itself, most of the Marvel Universe believes Bucky to be dead (again!), meaning he now acts in secret, taking on covert missions under his old Winter Soldier guise. The book revels in this new-found status quo, with Barnes and The Black Widow, his romantic interest, frequently operating in the shadows. Penciller Butch Guice and colourist Bette Breitweiser, also alumni from the old Cap series, have fun creating sequences that play with this aspect. Faces are hidden in half shadow, characters emerge out of total darkness to spring on an unwitting enemy and, through an inventive use of lay-outs, the tension is ramped up to palpable levels. Without a doubt, this is the sort of book we've been missing since... well, since this exact same team last worked on a Captain America book. With Brubaker back on scripting duties, it quickly becomes apparent that this is a direct continuation of that old series, as many plot threads that were left dangling get picked up and ran with here, giving the series a very clear direction - something the other Cap books are sorely missing right now. However, the issue is still accessible to new readers, with Brubaker managing to recap previous events with a surprising amount of ease, thankfully using the bare minimum of exposition, which, as some of DC's New 52 proved, is not an easy task. It's a perfect jumping on point, and - with it's emphasis on character over action - it's the sort of comic I would happily recommend to my non-comic reading friends. Up until now, Mark Waid's Daredevil was easily the best book Marvel were putting out... now they have some serious competition. 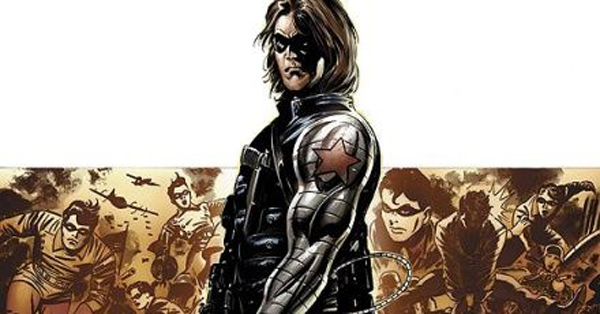 Dean likes words. He also likes pictures. One day he would like to combine them to make a beautiful picture-word baby. Follow him @deanthreadgold for daily updates on all things comic book related (and some things unrelated).