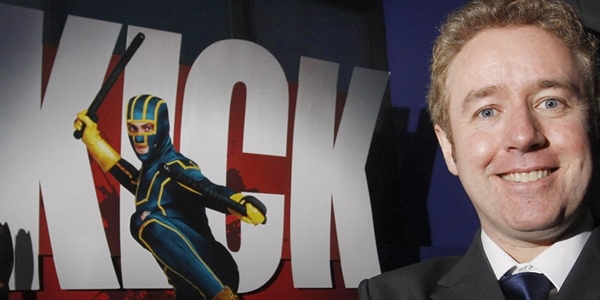 "Start telling the stories that only you can tell. Because there will always be better writers than you, and there will always be smarter writers than you, and there will always be, you know, people who are much better at doing this or doing that, but you are the only you."  Neil Gaiman Stan Lee, Frank Millar, Alan Moore, Alex Ross, Garth Ennis, Geoff Johns, Mark Millar  ask any comic book fan to remove one name that they feel should not be on that list and most would plump for the latter, the man who came tied 20th with Jim Starlin in a recent poll of best comic writers of all time. He has been called everything from racist, sexist, homophobic and also bizarrely, pro-gay. He is perhaps the most divisive figure in comics but he is also unquestionably one of the greats. With a CV that includes among others Red Son, Old Man Logan, Kick Ass, X-Men and The Ultimates, Millar's name is seldom mentioned when the question of comic creating immortals is raised. Put simply, Mark Millar is the single most underrated comic writer in history. The word underrated is a strange thing to label a man who has reshaped and re-launched not just singular titles, but with Civil War, changed the entire Marvel Universe!! And films based both directly and indirectly on his work have grossed billions. He has often been criticized, as has most of the industry, of depicting women in a negative light. Yet, in 'Hit-Girl' he has created one of the most iconic female characters in years. He turned the leader of Earth's Mightiest Heroes from the Hoff into a bad ass Samuel L. Jackson look-a-like. It's been said that he can do nothing outside of hardcore violence, yet his children's comic Kindergarten Heroes is currently being adapted for the big screen. He has also never shied away from his nerd side, citing one of his favorite things about shooting 'Kick Ass' was being able to spend hours on the old 'Star Wars' cantina set. He was also famously kicked off the set of The Dark Knight after being discovered sitting on the Bat Pod. Millar has committed the ultimate sin in what until recently was very much a niche industry, he became successful and popular.

Regardless of your personal feelings of the man, his run on The Ultimates completely revived a title that had long became stagnant and was blue touch paper that would ignite the 'Avengers' into the block busting juggernaught it currently is. Littered with iconic moments and brilliant one liners (SURRENDER??!! You think this letter on my head stands for France?), Millar chose not to portray the heroes as all conquering good guys, going so far as to make one of their own as much of a villain as Chitauri. These moralistic shades of grey are ones he would revisit in Civil War, where he takes the ultimate symbol of the U.S.  Captain America  and makes him turn against the government in opposition to the Superhuman Registration Act, a move that would split the Marvel universe in half and ultimately cost Steve Rogers his life.

Most of his work seems to stem from high concept "what if" questions you find in most comic stores. What if Superman landed in Russia? What if a normal person tried to become a superhero? Idea's that seem so obvious when you hear them that you wonder why you didn't come up with them yourself. What Millar does so well is expand on seemingly shallow concepts and take them in directions you could never have imagined while never surrendering interest, humor or indeed drama in his storylines. Hank Pym physically abusing his wife and Spider-Man's unmasking are great examples of Millar flexing his dramatic muscles as he handles these storylines with heft and consequence that many of his detractors thought he was incapable of.
Contributor
Andrew McCarroll
Contributor
Twitter

Andrew McCarroll never quite built on the dizzying career heights that he hit at 6 years old, when as a member of the “Ghostbusters” he would charge his neighbours to remove any unwanted spectres. Now retired from slaying spooks, he spends his time obsessing over superheroes (especially Batman) and devouring shows like Dexter, Game of Thrones and Archer in a manner that would make Galactus proud. Follow him on twitter @andymc1983

10 Worst Things Namor Has Ever Done

10 Most Gruesome Moments In DC History

10 Comics That Mocked The Reader

10 Worst Spider-Man Costumes Of All Time

10 Times Batman And The Joker Saved Each Other