Friday, in a piece for the Wall Street Journal, Tim Marchman wrote an article examining the recent release of Chris Irving's book Leaping Tall Buildings: The Origins of American Comics. From this he extracts a scathing critique of the comic book industry, claiming that the market doesn't show nearly the strength in sales that it should, especially in the wake of the recent success of "The Avengers" film. While he rightly contends that super-hero comics are not reaching the same type of mass audience as the bevy of super-hero films that have hit movie theaters in the last several years, he goes on to levy criticism at the comic book industry as a whole for its failure to duplicate the same sort of numbers that it did in the market heyday of the 1990s and early millennium. Now, Mr. Marchman can be forgiven his ignorance, as he works primarily as a sports writer, but his article is so wrong as to be close to a hack-job on the industry. In fact, thanks to the expansion of creator-owned work and the mainstream's use of the independent publishers as a sort of farm system, the comic book industry and super-hero comics have been enjoying a renaissance in recent years. His argument is primarily couched in the difference in total unit sales between the comics of those decades, when individual titles were selling in the millions, and today, when the upper limit on sales is around a quarter of a million. The audience has not gone away; it has simply diversified its holdings. In years past, the Big 2 were really the only game in town. Sure, there were a few rebel comic book publishers out there, but the industry was still primarily defined by long-standing powerhouses like Batman, Superman, the X-Men and the Avengers. In the 1970s and early 1980s, it was the mainstream publishers that were producing groundbreaking works like Moore's Watchmen, Gaiman's Sandman, and Morrison's Animal Man. Since that time, much has changed. With the growing clout of creator-owned works like those produced over at Image Comics, writers and artists who want to push the boundaries don't go through the hassle of having their work pared down by editorial edicts, preferring instead to maintain complete creative control over their brainchildren. They risk their own capital in the production of the comic and reap the lion's share of the profits as a result. In fact, the Big 2 are looking increasingly to the independent sphere when scouting for new talent. 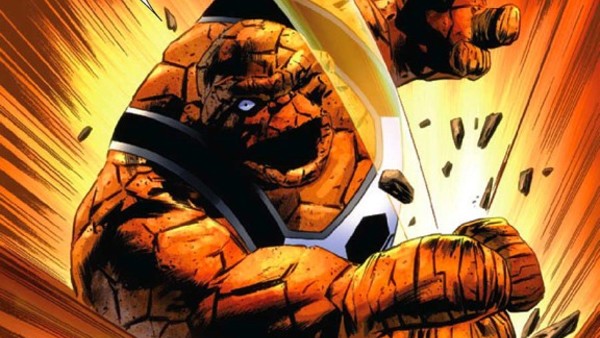 Ed Brubaker, who has been a revelation in his work on Captain America, began his career doing work at smaller, independent publishers like Dark Horse and Alternative Comics. Jonathan Hickman, whose breakout hit The Nightly News blew the doors off of the comic book world, is finishing up an epic multi-year run on Fantastic Four that is already garnering early Eisner buzz. Marchman's focus on total sales numbers also ignores the major shift that took place in the industry over the last 15 years. When the sales numbers were peaking, comic book publishers were flooding the market with promotional gimmicks such as hologram-and-foil covers. The growing popularity of the books had created an unprecedented swelling in the collectors market, and publishers took full advantage of the fan base by publishing far more copies of books than there were individual subscribers, knowing that many would buy multiple copies in order to have one to read, one to save. In recent years, this trend has given way to preferable (if not perfect) alternatives such as that employed by Image Comics, where titles are given limited initial runs and then reprinted based on the first-run sales. This not only results in fewer of the dreaded stacks of unsold books from the 90s that still haunt the longboxes of comic book stores around the country, but have boosted the collector market in a much more productive way, by creating a form of scarcity. The piece goes on to lambast the industry for what has been, admittedly, its greatest failure, which is the overall lack of accessibility to new readers. While this has certainly been the case for many years, certain segments of the comic industry have gone to great pains to address this issue, and with a great deal of success. DC Comics New 52 relaunch of their entire line was designed specifically to eliminate the need for gathering copious numbers of back issues in order to understand a new story, and resetting the characters back to day one. The effort has been a resounding critical and financial success, with DC establishing itself as the leader in sales charts and near-sweeps of recent awards. Marchman rounds out his piece by bashing the industry for its perceived failure to put forth dynamic new concepts in the hands of capable creative teams. He suggests that truly talented artists and writers are relegated to the "alternative" or "underground" arenas, while mainstream series are left in the hands of creators who are "pretentious autodidacts or failed cult leaders. He points to creator Robert Kirkman, which is the straw that breaks the argument's back, as Kirkman is responsible for the creation of the single most iconic new super-hero to emerge in the last thirty years in Invincible, which has run for close to a decade and shows no signs of slowing down or losing steam.

"The super-hero comic has for decades been the fixed point around which this vital American art has revolved. It may be exhausted, but it deserves better than to be reduced to a parody of a parody of itself."

He could not be more wrong. While the best super-hero titles may no longer be restricted to one or two massive companies, creators who made their bones on the independent market are doing beautiful work and pushing characters and concepts into heretofore unexplored realms. Fans who still love the lore of long-running worlds have titles which will offer them just that, while those that are looking to step into more mature or otherwise unfamiliar territory can find a veritable cornucopia of options, many of them quite good. In short, the comic book market is ripe with choices of quality material, and that's what every fan wants.
We need more writers about The Avengers! Get started below...
Contributor
Joshua Epstein
Contributor
Twitter

Joshua Epstein is a lifelong comic book fan who writes on the industry, the medium, and its occasional intersection with real-world social issues. He is the founder of CapelessCrusader.org and operates the site from its headquarters in Madison, WI.