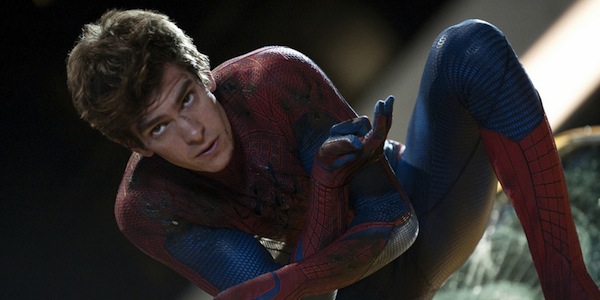 For the most part, movies do a good job of giving audiences what they owe us. That's to say, if we're introduced to a plot thread at the beginning of a flick, you wouldn't be considered a deranged maniac if you believed that said plot thread would be resolved or at least acknowledged again by the time the credits start rolling. But we live in a world that wants to pin you down as a deranged maniac, apparently, because sometimes filmmakers will chose to just ignore things like that, 'cause - hey - it's 2013, and isn't it cooler to not find out the answers? Oooo! Yes, Hollywood has found its a new love in the vague and totally ambiguous, or as it otherwise translates: unabashed laziness. Ever since some genius decided that it was much easier to not answer certain all those nagging questions instead of trying to come up with reasons for things to happen and we all bought into that like it was the most amazing thing we'd ever seen, the movie industry has frequently opted to "leave it up to you." Which is basically their way of shrugging off narrative responsibilities and saying: "Uh, we don't know either." Take, for example, the movies I've gathered here, all of which thought it was okay to just leave certain issues unaddressed with a casual hand wave when the movie ended: "Ah, we'll answer it in the sequel or something, I guess." But what if that sequel never happens? What if it ends here? Occasionally, you will find that some issues are best left unaddressed, but that doesn't mean for a single second that we're still not curious about the truth. Here's 10 issues in movies that were left without proper explanations... and boy are we hankering for some answers.
Contributor
T.J. Barnard