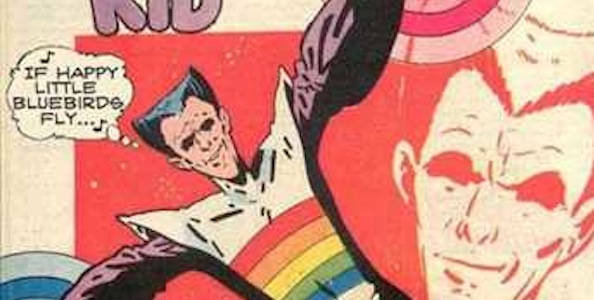 Okay, so, we don't know who thought up the idea for Color Kid, but it wasn't somebody who wanted to leave a lasting legacy within the comic book medium. For Color Kid's powers allow him to... change the colour of anything! Now we're not even sure that this would be an enviable power in real life, 'less you were a painter/decorator or an entertainer at children's parties. So how did Color Kid utilize his powers to defeat super-villains? Uh, well, he would often change the colour of the sky and ground, temporarily confusing his opponents whilst he, like, fired "black" at them. Which is cool. Right? Right?
Contributor
T.J. Barnard

10 Worst Things That Ever Happened To Hulk