For over 20 years Garth Ennis has been at the vanguard of the new breed of comics, drawing on a rich comic heritage and taking the medium forward with his own personal stamp. His body of work spans such household names as Judge Dredd, Hulk, Thor, and even Dan Dare, and his various War comics showed a whole new side to his talent. But its the religiously themed epic, Preacher that is most celebrated, taking a long hard look at the traditional tenets of Christianity and asking What if? Garth Ennis is the writer comic fans use to show non comic fans what theyre missing. Kevin Smith once famously said that Enniss work was more fun than going to the movies  but really his comics are just like movies, but movies where everything is allowed. For no other reason but to celebrate a fine body of work, heres the top 5 Garth Ennis tales. Its an impossible task to pick 5, and I defy any Ennis fan to manage it, but youve got to draw the line somewhere so here goes

Take Peter Parkers line about great responsibility coming with great power and replace that with the even older adage that Absolute power corrupts absolutely and youre getting there. The superheroes run the show using spin and propaganda to hoodwink the public into accepting them as, well, heroes. Theyre in control and completely out of control. Keeping them in line are the Boys, a ludicrously kick-ass group of psychotics (and these are the good guys!) all hyped up on the same serum that gives the heroes their powers and all with their own reasons for waging war on the supes. Oh, and one of them is female. Twisted sex, extreme violence, incisive social commentary, moving pathos and laugh out loud funny moments all make The Boys a treat for the senses.

Know the rules well, so you can break them effectively  the Dalai Lama. When Ennis came aboard, this franchise was a wounded elephant. The character simply had nowhere to go, and this was reflected in the sales. Ennis took it on and made it his own. He had already proved he was an aficionado of the genre so few fans resented him revamping such a staple as Frank Castle, and giving him an Ennis makeover, aiming more at realism and less at fantasy. With Ennis at the helm and with the fine artwork of Steve Dillon, the series found a whole new niche with a grown-up audience. Its a fine example of an auteur working within a brief but still managing to express his unique creative flair. 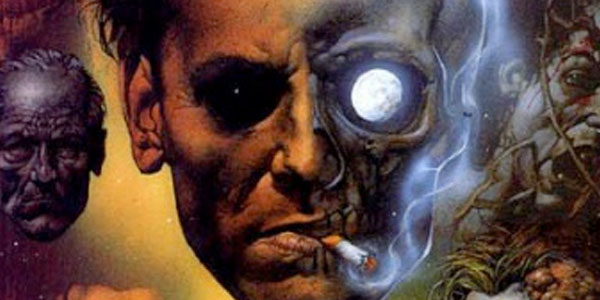 Another example of a well known character being given the unmistakeable Ennis brand of wit, edgy material and clever storytelling. Enniss delight in the subject of religion, along with his why-the-hell-not celebration of a hard drinking, hard talking, hard-just-about-everything comic anti-hero kicked into life when he took Hellblazer on. This is the one that made people sit up and take notice  and were all glad we did.

Like any good atheist, Ennis has a good working knowledge of the church  after all, youve got to know your enemy. In Wormwood, just as in Preacher (guess whats number 1?) he takes the traditions of organised religion and takes them to hell and back. The eponymous hero is, of course, the Antichrist; the son of Satan. He runs a TV network  a not at all disguised reference to HBO  has walked out on dad and owns a foul-mouthed rabbit who steals most of the scenes. And why not? Add a sexually deviant, racist pope, a retarded Jesus and a sordid affair with Joan of Arc (ooh you feelthy swine) and youve got a recipe for Ennis magic. Okay, so Danny Wormwood is reminiscent of Jesse Custer, and the filler one-shot that sets up the third series feels a little phoned-in, but when this works it really works. Watch out for the road-trip to hell, awesome! 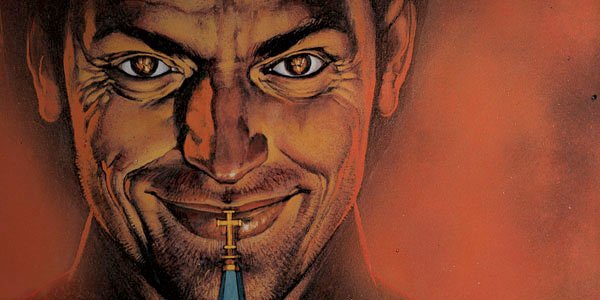 Enniss tour de force. If youve not read Garth Ennis, or even not read a comic, get Preacher  you wont look back. Jesse Custer is a preacher in a hick Texas town. Hes been possessed by the spawn of an angel and a demon. Custer now has the power of the word, which makes the listener do his bidding without question. God has forsaken mankind and gone AWOL, so Custer, the most reluctant of heroes, sets off to find him and bring him to account. Jesse, along with Tulip, the love of his life and his sidekick Cassidy  a heavy drinking vampire who wouldnt look out of place in Fangtasia, but who was created long before the Sookie Stackhouse novels  face an array of foes  too many to list here. But Arseface must have a mention; heartbreakingly tragic and laugh out loud funny in equal measure. The series is packed with Ennis trademarks: A storyline that takes the traditions of religious culture gives them a devious twist without straying far from the scriptures, secret societies pulling the strings, a dark and brooding leading man, powerful figures with a casual penchant for sexual depravity. Its all here and a whole lot more. Rumours of a movie adaptation come and go; one being the back story of The Saint of Killers  the soul of a deadly gunslinger armed with bullets that cant miss. The fact that this would make just one movie shows why these rumours tend never to become anything more; because thered have to be 6 movies to come close to covering it all. Its probably best left in the pages, brought to life magnificently by the art of Steve Dillon. Keep em coming Garth.
Want to write about Garth Ennis? Get started below...
Contributor
A.W. Wilson
Contributor
Twitter

Peddler of e-books and liker of good entertainment. Accidental Hitman now out on Amazon kindle iTunes/iBooks and all the other e-readers - for less than the price of a coffee! Follow me on twitter @awwilson1 www.awwilson.com

8 Awesome Comics That Were Unbelievably Cancelled

10 Times Spider-Man Was A Real Jerk

10 Lies You Always Believed About The Fantastic Four