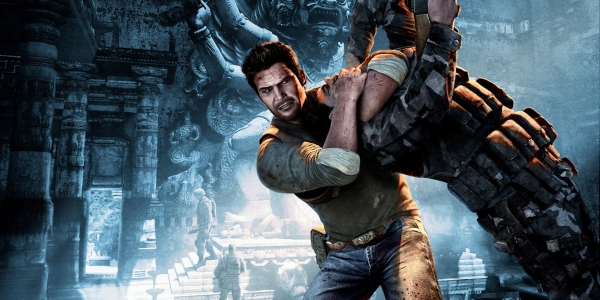 Naughty DogGaming protagonists run the gamut from righteous super heroes to apathetic anti-heroes, but they're rarely outright unlikable jerks unless the player has some option to be evil. In fact, many video game heroes are portrayed as charismatic or weak for plot purposes, but as soon as the player regains control of the main character, their dark side is unleashed. Yes, there's a strange duplicity when it comes to action heroes. When it's cutscene time, they'll show you a cheerful smile and crack a joke or two, but when gameplay is involved, they'll ruthlessly slaughter dozens, even hundreds of enemies like they're nothing if the situation calls for it. The reason for this is that they are nothing. They're computer programs for bloodthirsty players to wipe out. The mechanics of these games necessitate that the player character be a murderous psychopath, otherwise the game would get boring awfully quick. Can you imagine going through a shooter in which you killed less then a dozen Men? Murder is no fun when you're only killing a few people, after all. Though this is an obvious gameplay concession for the sake of pacing, there are darker implications that seem almost uncanny when protagonists are characterised in a certain way. Trevor Phillips shooting several hundred people shouldn't bother anyone (well, other than fear mongering news reporters and paranoid parent groups, anyway), because his personality is established as that of a psychotic murderer. With more and more games pushing for a greater cinematic approach in their games however, what we end up getting are characters like Nathan Drake, who acts like Indiana Jones in his cutscenes and an unthinking killer in actual gameplay. The term ludonarrative dissonance gets thrown around a lot these days, and they apply most to these gaming heroes, if you can call them that. Most of the time, this isn't too serious an issue, but when not handled properly, it can hamper the player's sense of immersion in the story. Despite having kill counts that reach genocidal numbers, these characters are still treated as the "good guys", because they act cute in their dialogue, which can be plain creepy if you think about it. Sure, they might save the world or even the galaxy a few times over, but at what cost? These may not be bad characters, but they are certainly bad people, and as much as we love them, we love poking fun at their murderous tendencies even more.
Contributor
Kenneth Cummings
Contributor
Twitter

Ken was born in 1994, and before the turn of the century, he was already a gamer for life, starting with Pokémon Blue Version. He has a passion for storytelling, especially in the gaming medium. Growing up on a healthy diet of JRPGs and point and click adventure games, young Kenny grew up playing Nintendo and Sony consoles, before becoming a snobby member of the PC Master Race. Nowadays, he resides in a time warp, refusing to believe the nineties ended as he fills up his Steam library with old point and clicks and cRPGs.

10 Video Games That Reused Bosses (And Made Them BETTER)

8 Tiny Gameplay Tweaks That Changed EVERYTHING