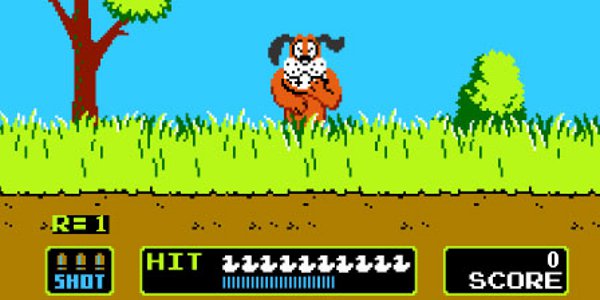 Nobody likes to be mocked when things do not go their way, least of all by mans best friend. This infamous, annoying little cur really took liberties in Duck Hunt, sniggering to himself like Muttley when you missed a shot. It didnt matter whether you had previously hit one duck or fifty: this guy would judge you for it. As everyone reading this will know, the most annoying thing about him was the reason he could laugh at you, when you were holding a rifle, in the first place: he cannot be killed. More than anything, most people, tired of the dogs consistent derision, dearly wanted to blow him into the middle of next week and make him into dog food, but alas, it was not to be (at least until later VS arcade releases). Aside from those, we have to endure his sniggering face at every missed shot.
Contributor
David Rees

Player of video games and music alike. Writer of gaming-related articles and lists. Occasional cynic, relentlessly and unrealistically optimistic in my dreams for forming a band and taking over the world.

9 Times Video Games Tricked You Into Becoming The Villain