Like Hollywood green-lighters, gaming developers get a lot of criticism for spending too much time and effort on sequels and reboots, and too little energy dedicated to new properties and innovative gameplay types. But then, when you've struck gold with a property, what is the harm in extending it, as long as the developers are willing to innovate and evolve the series with every new addition. Sequels offer those developers the opportunity to try new things with an established character and an established fan base -think about it, if it wasnt for that dynamic, we wouldn't have had GTA 3 or San Andreas, which effectively invented the open-world genre and showed exactly what could be achieved. So with that in mind, we're celebrating the sequel - looking forward to some of the hottest sequels set to land on consoles in the coming months, before the next generation of consoles heralds a new dawn for developers and a whole new grander scope for their games. Had it been officially unveiled, Football Manager 2013 would have leaped towards the head of this list, simply because of its importance to established fans (a group I firmly belong to), but we're sticking with announced titles for now, as there's more than enough to look forward to without even starting with the speculation. There are some glaring omissions, but this is but a mere list of ten, so no place for Tomb Raider, the new Forza, the new Gears of War or Crysis 3, and those are all astonishing looking games. So just imagine which ones actually made the list... 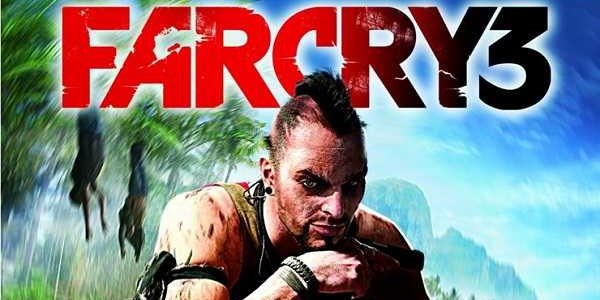 Publisher: Ubisoft Developer: Ubisoft Montreal Platform: Xbox 360/PC/PS3 Release Date: 29th November 2012 In Far Cry 3 the natural world bites back, as our hero Jason visits a lush jungle island with his friends, and encounters pirates who kidnap everyone but Jason who must rescue them from increasingly grizzly deaths, while trying not to go mad in the process. Flash forward a couple of months and Jason is leading a native tribe in open combat against the pirates, turning the tables on his wannabe captor, in a plot reminiscent of both Alice in Wonderland and Apocalypse Now. Far Cry 3 has balls. It promises to be one of the most violent games of the year, though not in an unnecessarily provocative way, apparently, with the violence transmitting a message about gratuitous violence. How post-modern! Along the way there are more references to modern gaming culture, and how it seeps into real life, as well as a self-referential focus on the medium itself. Rather wonderfully, as head honcho JeffreyYohalem has confirmed, the game is completely self-aware, with Jason reacting to the way you play, and a conscious attempt to change the rules of the video game form, adding parody elements and questioning exactly why we play. Some might say it looks like a blood-fest dressed up with faux-post-modern sensibilities - a brainless actioner hidden behind intellect - but from what I've seen so far, I can't help but be hugely excited. It certainly doesn't feel like a game that would usually come out at the end of a console's life cycle, and we'll hopefully be saluting Ubisoft in September for the bold decisions that made the game as great as our expectations of it. Thanks to the incredible engine, Far Cry 3 will also look even better than the first two games in the franchise. Judge it for yourself... http://youtu.be/ANCN-DLXnOE You can follow all of our Far Cry 3 content by heading over to our dedicated Far Cry 3 hub-page.
Chief Operations Officer
Simon Gallagher
Chief Operations Officer
Twitter

10 Ways Games Punish You For Not Playing Them