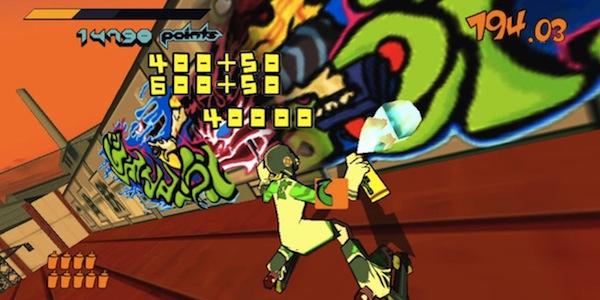 I really don't think there are enough articles online about the Sega Dreamcast. The system was years ahead of its time and, quite frankly, was one of the greatest leaps forward in gaming history. Launched in Europe on October 14th 1999, it officially ceased production on March 30th 2001, granting the console a mere 534 day lifespan. To put this in perspective, the excess Dreamcast consoles produced prior to launch continued to be sold new until 2007, despite there being no official way for that to happen. But despite "failing" less than two years after it was first launched, the system produced some incredible games - both innovative and informing - that I feel you should go out of your way to find and play. Maybe you've played these games first time round and, if that's the case, well done - but don't rest on your laurels, because there's a generation of clueless gamers (most of whom were born after Margaret Thatcher left office) and they might not have a clue of what gems you speak of. You'll find Dreamcast consoles in a variety of places, including charity shops, pawn stores and independent games retailers nationwide - according to UK magazine Retro Gamer you should expect to pay between £20 and £40 for a Dreamcast, in a variety of conditions, whilst the games can be located from anywhere between 50p and £50. While some of these titles are readily available on other formats, I recommend that you stick to the Dreamcast version as it offers a unique experience. So remember: this Christmas, don't ask Santa for a PS4 - ask him for a Dreamcast instead... and educate yourself! And no, there is to be absolutely no mention of Seaman.

I remember the first time I ever held a Dreamcast controller in my hand. It was bulky, unusually designed (compared to that of its rivals) and reminded me of the PlayStation's Dual Shock Controller if anything. But it was the question of why the controller seemingly had a massive hole in the top that confused me most. I soon learned that this belonged to the Virtual Memory Unit which, to my mind, is one of the most forward-thinking designs ever committed to console accompaniment. Although not strictly a game itself, the VMU was an attachment which brought life outside these titles, and some games featured here would not have been included if not for their VMU functionality. Several titles for the Dreamcast included mini-games that could be downloaded onto a VMU and allowed you to continue the experience way beyond your initial play. Although its primary use was as a memory storage device, it quickly evolved into acting more like a handheld game console, which had essentially came free with the console. Of course, it wasn't free because you had to buy it, but if you planned to save your games you'd be doing that anyway - so the improved functionality was something which Microsoft (and ultimately Sony) obviously watched very carefully, given the hindsight of games development. It gets an honorary mention on this list because it's a catapult that, although not perfect, gave rise to the possibilities that created the standards we take for granted in gaming today.
Contributor
Wayne Madden
Contributor
Twitter
Facebook

First studied Journalism in Ireland in 2003, returning to Sunderland University on the tenth anniversary of my first studies in the subject to continue towards an MA. Interested in all sorts including WWE, Music, Film, TV and Games. Has travelled around a bit to places like California, Ontario and Mexico and plans to do more of the same soon again. Recently I've been writing pieces on my favourite topics which have included obscure theme music from nostalgic shows, Guns N' Roses and a few other surprises I'll be happy to share in time!