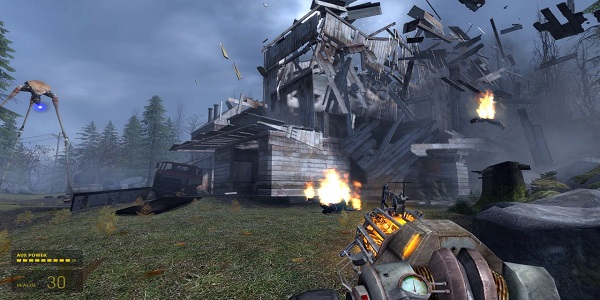 As good as BioShock: Infinite was, the way journalists boffed all over it you'd think that kind of game had never been made before. Certainly it was a good shooter, and certainly it had a great story, but was it really that worthy of its relentless media lovegasms? FPSs have become one of gamings most dominant genres, and while an era of tacked-on multiplayer, poor scripting and rapidly churned out sequels made Infinite stand out from the crowd, there's plenty of games that have done the well-written solo shooty thing previously, and in many cases done it better. Join me on this little trip down memory lane. You might find yourself completely agreeing, or you might simply stand by your opinion that Infinite is the greatest game ever made, before wishing death upon me in the comments section. Don't worry though, I didn't put Colonial Marines that high up the list... 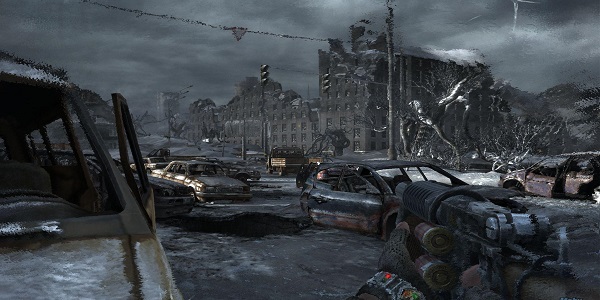 This one was released to a much more divided reception, but there's no mistaking the sense of atmosphere in this neglected horror masterpiece. Metro was more relentlessly depressing than being forced to read your high school arch-enemy's Facebook status updates at knifepoint, after they hit a lottery jackpot. The grim spectre of death hung over every person you came across, the environment was a bleak wasteland, and just when you thought the deformed mutants trying to eat you were bad, neo-Nazis turn up to try and shoot you too. And yet for all this (or perhaps because of it) Metro's story was as engaging as it was terrifying. Artyom's desperate struggle became your desperate struggle, and getting through every haunted subway tunnel alive marked another momentous achievement. Love or hate its dodgy mechanics, Metro's is a story worth enduring.

Ciarán Utting loves video games and books with pictures of speedboats on the cover. There's plenty more of his drivel on Twitter @CiaranUtting

FIFA 21: 10 Improvements To Career Mode We Want To See

GTA 6: 7 New Rumours Everyone Is Going Crazy Over