There are too many sequels on store shelves, but that doesn't stop us dreaming about the ones that got away. Here we check out 7 dead game series that we would like to see brought back from the abyss.

Monkey Island, eh? Its forever getting a new lick of HD paint, or wholly new sequels. Sam N Max too - the continuing adventures of the furry dog detective and his psycho rabbit sidekick can be seen on Steam, iTunes, PSN and XBLA. Where oh where is the Maniac Mansion love? Maniac Mansion 2: Day of the Tentacle is widely regarded as one of the high points in adventure gaming, and then all of a sudden the trail went dead. What are Hoagie, Bernard and Laverne up to now? Did Purple Tentacle find another way to change the future? Get together and Kickstart us a sequel, Tim Schaeffer and LucasArts - point 'n click fans everywhere are begging you.

No One Lives Forever

The No-One-Lives Forever series was an FPS experience with genuine humour, sophisticated AI and the stealthy mechanics of Metal Gear all set in a kitschy 1960s spy world and we are long overdue its return. Taking on the role of Cate Archer - a special agent for UNITY - the player embarks on cold war, Austin-Power style adventures; sneaking and luring bad guys before taking them out in a quiet corner, or going in guns (and ninja stars) a-blazing. With the last game in this fantastic series coming out over ten years ago, were due an update on what Cate is up to in the 1970s. Probably the same, but in less cool clothing.

Starting off as standard adventure fare, the SWAT series reached its pinnacle with SWAT 4, by which time it had evolved into a brutal and grim FPS tactical shooter with an emphasis on slow, methodical play in a variety of realistic hostage situations. Controlling a squad as they enter various locales, your job was to take control of the situation without the innocents (or even the bad guys) getting hurt. It was tense and impressive stuff. Since then, the series seems to have gone off the rails, with the last showing a top-down mobile game from 2008. Its time to dust off the old guy and put him back on his feet with a proper SWAT 5. Creeping into a serial killers secret basement tunnel to save a hostage knowing that you cant let off a single round is an experience that should be shared with all in glorious HD. 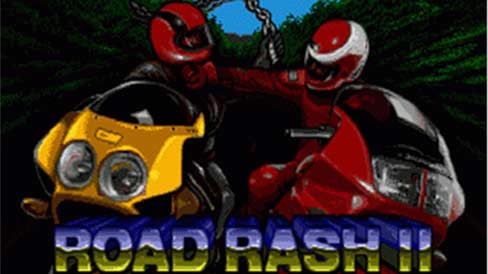 Road Rash typified the Mega Drives edgy reputation (amongst the kids anyway) by taking a standard driving game and turning it into a brawler. Sidling up beside enemies, you could punch, kick and use melee weapons to beat your opponent to the tarmac as you raced across the U.S. Because of this game, kickin dudes in the shins while driving a motorcycle was something that every 10 year-old wanted to do when they grew up. We all tried it on neon mountain bikes, but it wasnt the same. Like Syndicate, Road Rash has been the focus of much speculation for a comeback. Unlike Syndicate though, Road Rash hasnt actually come back yet. EA is sitting on this property in the garage somewhere and its time to take it out on the road and punch guys in the face again.

A truly great toy tie-in game that spent as much time in the console as any other, the original Micro Machines updated the traditional toy car for the more surly teenager. With controls that resembled those of radio control cars, Micro Machines saw the titular vehicles whizzing around school desks, gardens and even soapy suds in the bath. There have been a few follow-ups (most recently on the DS and PSP in 2006), but nothing that can replicate the feeling of sitting on the couch, arguing with your mates about who gets to select the Fonzie-looking driver. Motorstorm RC was the latest game that tried the toy-car feel, but it missed the cartoony, simple and playful aesthetic of the Micro Machines franchise. XBLA and PSN for an HD revisiting? Yes please.

Joe & Mac were ninja cavemen who were out to rescue their cavewoman girlfriends who - wait, what? Ninjas - really? Okay, the word ninja was used in Europe because ninjas are cool, but really Joe & Mac used a rough and ready fighting style across a variety of big and bright stages to resuce their lady friends. For a game series that ended up on almost every platform available at the time, Joe & Mac has been relatively forgotten about. The profile of bold, vivid platform games got a boost recently with the release of Rayman Origins; could we see a return for the Cavemen Ninjas whose last bout of prehistoric hurt was doled out in ye olde 1994? 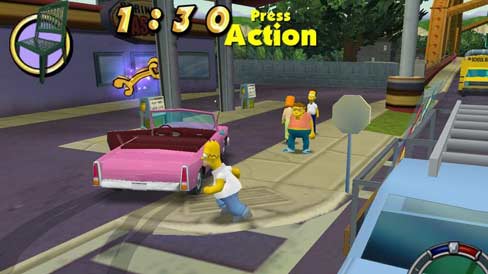 In the early 2000s, Radical Entertainment brought their own take on the Simpsons universe to Xbox, Gamecube and PS2. First creating The Simpsons: Road Rage and then The Simpsons: Hit & Run, Radical worked on a formula that evolved from a fairly thin crazy-taxi style into a more polished and deep Grand-Theft-Springfield type of experience. Like the best episodes of the show, Hit & Run was both a genuinely funny product and a smart homage to the GTA open-world experience that was sweeping the disc trays of gamers around the world. This game showed that a Simpsons tie-in could retain the humour of the show and put the gamer into a fully realised version of Springfield. If anyone would like to make a ton of money, they could do worse than bring a fully-developed Hit & Run 2 to the masses.
We need more writers about The Simpsons, Day of the Tentacle, Rayman Origins, Micro Machines, maniac mansion, SWAT, No One Lives Forever, Road Rash and Joe & Mac! Get started below...
Contributor
Gerry McGuire
Contributor
Twitter

Earliest gaming memory: Being terrible at a pong ripoff with a turny-dial controller. Earliest gaming defeat: Jumped up out of bed to turn off the bedroom TV after a marathon (sneaky) Mario Bros session at 3am. Got dizzy, fell over. Biggest gaming victory: As a 12 year old dished out a SF2 Turbo pummelling to much older opponents. All game experiences since have contained these three elements - being rubbish, falling over, and sweet, sweet victory.

8 Video Games That Go BEYOND 100% Completion

The Witcher Or Metal Gear Solid Quiz: Who Said It - Geralt Or Solid Snake?