Game crossovers, mashups, remixes - no matter what you call them, taking one game and grafting on an element of another is the cornerstone of the industry. In some cases its more of a full-blown transplant. What inspiring game crossovers would we like to see blend together here at WhatCulture? Scroll down to find out the killer combos we think would set the beautifully-rendered heather alight.

In a world where Sonic races Mario at the Olympics and Marvel and Tekken have already had a go at Capcoms lineup, why not throw Mortal Kombatants into the ring with the Street Fighters? Its long been a fanboys dream and today, with both series going for the realistic cartoon look in 3D, why not? Ryu versus Liu Kang and Shang Tsung versus M. Bison are the matchups weve all been waiting for. Pretty please, Capcom and Warner Bros, make our dreams come true.

Youd be forgiven for thinking that the two series were already linked in some way. Flying jet cars - check. Futuristic neon cityscapes - check. Crazy amounts of speed - check. The set-ups for both series are almost identical as hover-car-pilots race to win an inter-planetary tournament for cash. Theyre practically the same game already, they just need to get together over a candlelit dinner and we can enjoy the ultimate combination in futuristic visuals, an amazing soundtrack... and bad guys in capes.

Portal and Half life 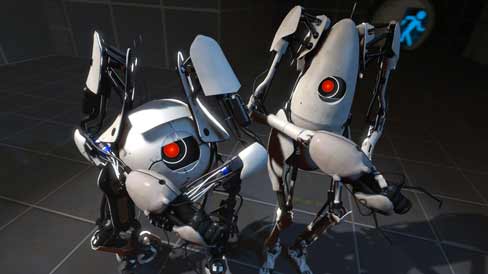 Rumours abound that the next game in the revered Half-Life series will feature the Portal gun from the all-conquering Portal games. Portal has already made reference to the Black Mesa facility from Half-Life and, reading between the lines, it seems that the games take place in the same universe. Oh yeah, and both series are made by the same company - PC powerhouse Valve Software - so whats to stop this happening? Nothing save Valve not having a big enough Scrooge-McDuck style moneybin to hold the resultant profit. 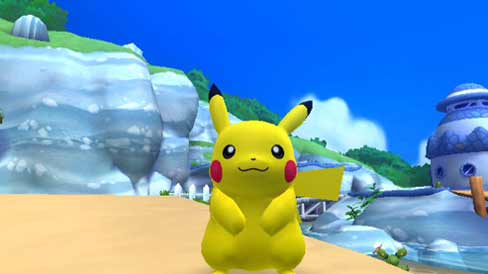 This is the guilty pleasure combination - a game ostensibly for kids mixed with a game definitely for kids. The result? A game that would hook adults into a secretive world of hiding chimchar at their desk in the office, looking to swap for a piplup from a like-minded individual near the photocopier. The tactile pleasure of bringing your Skylander out to bat, if applied to Pokemon, would give that series the boost it needs to break the cycle of repetition from which it currently suffers. If a gamer could hold their Pokemon in their hand (or in a tasteful holster on their belt), the effects would mean many a player finding themselves sucked back into the Pokemon vortex. Actually, Im not sure I want them to make this crossover - it could mean the end of what little cool I have left.

The modern bits in Assassins Creed are always rubbish, and Nathan Drake is running out of old-timey mysteries to solve - can you see where this is going? If Drake were to find out that he is descended from the Assassins then we could be in for the greatest game of all time. The sequences in the past could display the depth were used to in an Assassins Creed game (along with added Ye Olde Drake wisecracks), but having Nathan in the modern day segments would sort out that series biggest hurdle - devastatingly boring stretches in the present. Nathan cant walk down the street without being chased by a tank, and Ezio and co cant go five minutes without leaping through the air into a hay bale. Im setting up an online petition for this game right now. Whos with me?

Take the 40s detective Cole Phelps out of LA and put him in 40s Rapture before it went to hell. Fancy interviewing Tenenbaum about the little sisters, or Dr Steinman about those... disfigured patients, all in that deliciously stylish city under the sea? Playing Bioshock the first time, we would have stood around and just looked at Rapture if wed had the chance, but we were too busy dodging splicers to enjoy the view. Investigating Rapture and its wild inhabitants could be the best way to do a bit of sightseeing and tell the Bioshock story without having to pin our hopes on a film adaptation that will never appear. 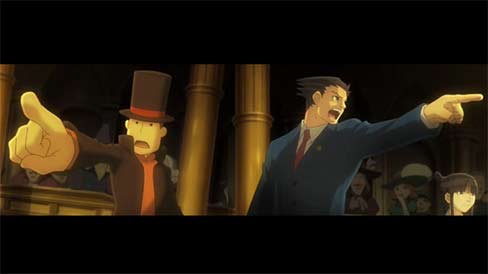 The worlds greatest archaeologist-cum-detective solving mysteries alongside an Ace Attorney who points energetically off-camera - this could be gaming gold. If it could also be done in 3D then that would be amazing. Wait, what - it has already been developed for the 3DS and will be released this year? Excellent! Professor Layton Vs Ace Attorney is currently announced for Japan only, but surely its only a matter of time before we westerners get our puzzle-stained hands on it too. What do you think of the crossovers here - would they mix like coffee and cream or curdle on impact? Are there any crossovers youd pay cold, hard cash to see? Let us know in the comments.
Want to write about street-fighter, Mortal Kombat, pokemon, Assassins Creed, Half Life, Professor Layton, Portal 2, Uncharted 3: Drake's Deception, WipEout 2048, Skylanders and Phoenix Wright? Get started below...
Contributor
Gerry McGuire
Contributor
Twitter

Earliest gaming memory: Being terrible at a pong ripoff with a turny-dial controller. Earliest gaming defeat: Jumped up out of bed to turn off the bedroom TV after a marathon (sneaky) Mario Bros session at 3am. Got dizzy, fell over. Biggest gaming victory: As a 12 year old dished out a SF2 Turbo pummelling to much older opponents. All game experiences since have contained these three elements - being rubbish, falling over, and sweet, sweet victory.

10 Video Games That Punish You For Showing Mercy

9 Times Video Games Tricked You Into Becoming The Villain