All too often video games take the world by storm, only to die out and disappear. With some its understandable, others its just a shame. There are countless video games from the SNES, SMS, N64, PS1, PS2 consoles that should definitely be brought back. That being said its very unlikely any of them will. For the most part it isnt a big deal and when we play those classics on PSN or XBLA we realise they maybe werent so great after all. Despite that I think some franchises are definitely worth a new title or even a reboot. Of course there are way too many games that deserve another run, some like Streets of Rage, MediEvil, Road Rash and Star Fox didnt make the cut for my list but there are two honourable mentions, plus you can share your opinions in the comments section! Without further ado let the nostalgia and resurrecting begin! 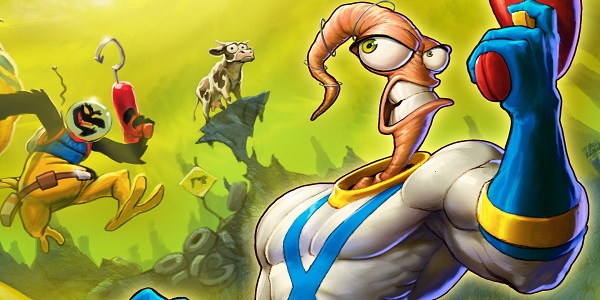 Earthworm Jim was a witty platformer that saw gamers take control of a roided-worm. Well truth being told Jim wasnt on steroids, he was simply an average worm in the right place at the right time when a mystical suit from space fell and took control of his body.

The game was great looking with rich and immersive 2D worlds, from the depths of space to a dump. It was colourful, humorous and most importantly, fun to play. You can purchase Earthworm Jim on PSN and even now its a really fun side-scrolling adventure that brings back some great memories. An Earthworm Jim reboot would be incredibly interesting, I can imagine it being third-person, from behind Jim, while maintaining its unique aesthetic. Thats a game I would love to see return, it might suck or it might be great but Id give it a shot either regardless.
Film

10 Video Games Where YOU Die At The End