April Fools day is a testament to how creative the gaming community can truly be. While often times we find ourselves spinning into an endless rage over them, in retrospect they're always in good fun. April 1 brings us some of the most unique, and sometimes downright hilarious pranks. This year was no exception. Here's a list that gathers up 10 of the best pranks that we may or may not have fallen for.

There has to be a better way to access your Battle.Net account right? Well luckily Blizzard created a way to not only make it easier for you, but to bring back the thrill of the Tamagochi. Check out the Blizzard Zergotchi

I have to say that this... this one just brought a tear to my eye.

If you haven't handcrafted your own helmet and armor set yet, well you should really get on that. Sadly, this nifty hoodie that was never to be, is cooler than a lot of the clothing options out there. It would have been amusing to watch people try and "FUS RO DAH", friends and family into the next room.

At first I thought these were actually going to be produced. Creepers lend themselves perfectly to the format of the original Peeps. My only question is if they were actually made, would they explode in your stomach? I hope not. 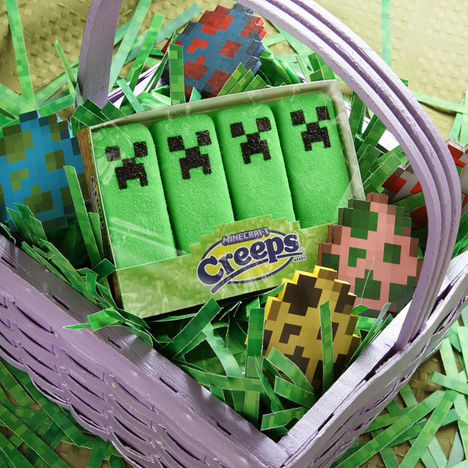 8. Diablo 3 Debuting on the Wii

With all of the rumors circulating about Blizzard's researching into console development, this one seemed inevitable. I can't say I wouldn't embrace Diablo on the Wii, after all it is a point and click hack n' slash. If anyone could pull it off, it would have been Blizzard. Source: DiabloFans.com

With great power comes great responsibility, and sometimes it's hard not to feel that reviewers and critics forget the power they hold. I wouldn't be surprised if a site of this nature is actually created soon. Check out the fake site here.There you have it everyone. Many pranks scattered themselves throughout the internet on April 1, but here you've gotten a look at some of the best.
Want to write about video, Mass Effect 3, Minecraft, Valve, The Elder Scrolls V: Skyrim, Nintendo 3DS, IGN, Diablo 3, Combat Wings: The Great Battles of WWII, Half Life 3, Prototype 2, April Fools and Google Chrome Multi-tasking? Get started below...
Contributor
Michael Shelton
Contributor
Twitter

I love to write. You love to read. This is going to be a beautiful friendship.