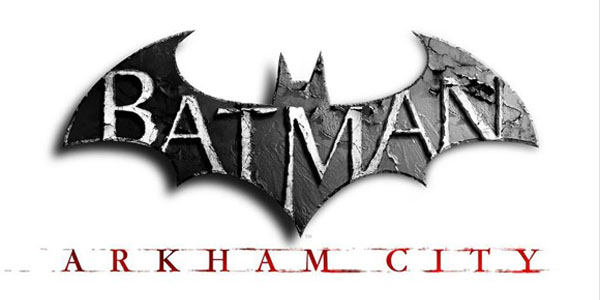 Well, not exactly, but news broke over the weekend, thanks to a Yahoo Games interview that Arkham City scribe Paul Dini would be interested in looking at other DC heroes for a future game. Obviously, he's only a writer, so his role in the development of potential releases is pretty minimal in comparison with film writers, but he raises some interesting questions about where a developer like Rocksteady could look for the next comic book game. Here's the quote from Dini (via ComicBookMovie):

Well, Batman is pretty real-world centric. So if I was going to do another comic book based game I would probably want a hero that had, you know--I would probably want to amp it up a bit as far as the power level goes and do more of a superhero with more superpowers. Batman is pretty much a self-trained guy, I think it would be fun to do a character like Superman or Captain Marvel or maybe Green Lantern, somebody who's got a completely different resource for fighting crime and fighting villains. Maybe a magical character. The DC universe is filled with them. I love Batman, and I always will, but if I was going to do another one I would probably pick one in a completely different setting with a completely different power scheme. 's pretty much the number one in the DC pantheon, and I think not enough has been done with him to make him a character, as he's got amazing powers, he can fly super fast and everything, but also there's a level to his character that I don't think has been explored yet in video games to kind of get underneath who he is and into his heart a little bit. I think there's a lot of reinvention being done on Superman at the moment, both in the comics and in the movies and I think it would be fun to revisit that character and kind of see what makes him tick.

I think Dini has some good ideas, but there is no way Superman would translate to an Arkham Asylum/City style sandbox, because both Asylum and City (to different degrees) rely on an enclosed environment that reveals new things on repeated investigations of the same areas. To have an open world game with a character who can fly would simply be too broad, unless he was consciously restricted, or they used a similar system to GTA to create defined, but invisible boundaries to the environment (particularly in the sky). Not only that, there would have to be a serious shift in tone to accommodate the All-American Alien, who is a decidedly more cheerful property overall than Batman, and far lower in the grit stakes, but then good writing would sort that out. Personally, I would prefer to see other superheroes brought into Arkham style games, though obviously with their own identities and mechanics: there is already talk that Rocksteady might turn to Nightwing or Robin or even Cat Woman for future offshoots of the Arkham franchise, which would work for me (though Robin would be bottom of the picks there). But what about Spiderman? Obviously not a DC character, but since we are talking in terms of fantasy at this point, it can do no harm to suggest the webbed one for an open-world game (even despite this month's release of Edge of Time). Spiderman's powers would also work well with an open-world cityscape, given the right design, and I could see it working well. Elsewhere, the Hulk deserves a good game, and the prospect of controlling both Big Green and his more timid Banner side is a massively appealing one in a sandbox situation. So what do you think: which property should get the next open-world treatment from Rocksteady? Or is there still space for a third release under the Arkham banner that still features Batman as the central playable character?
Want to write about Spider-Man, Batman, Superman, Marvel, Gaming News, Arkham City, Rocksteady Games, Hulk, Arkham Asylum, Paul Dini and DC Extended Universe? Get started below...
Contributor
Simon Gallagher
Contributor
Twitter

How Rockstar Should Bring Back Max Payne

10 Most Overpowered RPG Weapons EVER