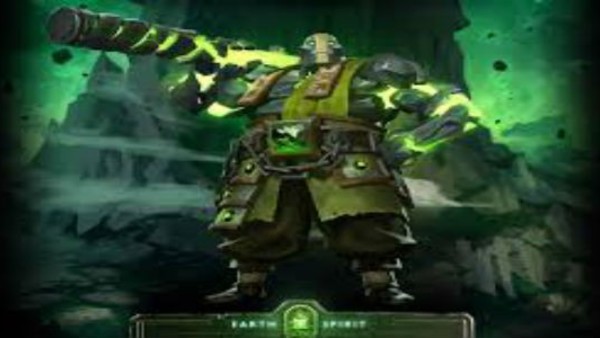 Earth Spirit is a unique Hero in that he relies on summoned Stones for the majority of his spells. These stones themselves dont do anything special unless they are combined with his other abilities. They make his spells do more damage and amplify any secondary effects they may have. What requires Earth Spirit to be re-worked, however, is the fact that his abilities dont pierce the magic immunity granted by Black King Bar. Many spells pierce magic immunity, from Tusks Walrus Punch to Doombringers Doom. However, Earth Spirits abilities, particularly Boulder Smash and Magnetize, do not pierce BKB immunity despite their importance to Earth Spirits battle strategy. This is one Hero that could use the piercing capabilities. His successful use is centered on the perfect manipulation of his Stone Remnants, which are currently blocked by BKB immunity. How can he be used properly if his central skills are blocked by this popular item, while other Heroes who do not need magic immunity piercing, have it anyway?
Contributor
Alexander Podgorski

Alexander Podgorski is a writer for WhatCulture that has been a fan of professional wrestling since he was 8 years old. He loves all kinds of wrestling, from WWE and sports entertainment, to puroresu in Japan. He holds a Bachelor of Arts degree from Queen's University in Political Studies and French, and a Master's Degree in Public Administration. He speaks English, French, Polish, a bit of German, and knows some odd words and phrases in half a dozen other languages.