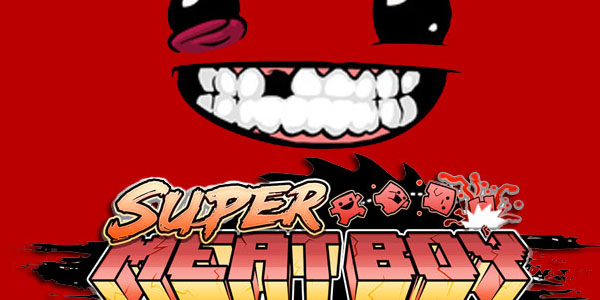 The above statement is true. Maybe. Looking down at my Buddha belly, maybe I know nothing about exercise. But I do know a thing or two about Super Meat Boy. I know it does not promote exercise - not in its story, its gameplay mechanics, anywhere. It's a wildly addictive 2D platformer that everyone in the gaming world has already doused with accolades. If you havent played Super Meat Boy at this point, here's the quick-and-dirty: you control a little blob of meat, bouncing and sliding your way across hazard-filled levels to save an equally meaty princess. You do this through dozens of levels, each more frustratingly difficult than the last. What makes SMB unique is that death isnt only inevitable its expected, necessary even. It's the definition of insanity - trial and error over and over - and when you do reach your goal, an instant replay shows an army of ghostly Meat Boys - your past attempts - meeting their demise, showing your every failure. It's demoralizing; a real controller thrower. Look at how often I failed! I suck at this game! So what does this say about exercise? A lot actually. So many gamers lament about being heavy; its one of the few stereotypes about gamers that stings so sharply because it's often true. Even with the move towards physically active gaming by major system developers, hardcore gamers (those who play over 12 hours a week or more, in my estimation, would be considered "hardcore") are still using their controllers  not their bodies  to pop headshots or stomp on goombas. In a lot of ways, its the tidal turn of e-sports as a medium that makes it this way.

With competitive gaming, you rely on either the twitch reflexes of the modern FPS or fighter or the click-management of real time strategy. Nothing about the modern trend in popular games really screams, Get off your ass!" The Wii was novel when it first came out but it feels like that bubble of activity burst a while back. Same with the Playstation Move and Xbox's Kinect. This isn't too say that motion gaming is dead but that maybe it isn't the right approach. Popular games like Modern Warfare and Diablo 3 and Gears of War let us step into the shoes of the super-human. Why can't we be a representation of what we see on the screen? Why is it that my character can sprint across a level without getting winded but I can't climb a flight of stairs without pulling a side stitch? It's not reality vs. fantasy, it's mind over matter. This brings us back to Super Meat Boy. Where other games test our hand-eye coordination, Super Meat Boy pulls double duty: testing our ability to accept and overcome failure. And that's exactly how gamers - and I think everyone else - should approach exercise. Fail to be better. Instead of the boot camp mentality that is modern exercise physiology with all the yelling and exhaustion and the sense of dread that comes with not being able to finish a 15-minute workout, exercise should be about pushing ourselves to our limit and then accepting whatever failure we encounter; we have to be OK with being out of breath, be willing to take a breather while our limbs burn with lactic acid. http://www.youtube.com/watch?v=dyBm2R4SiFM If Super Meat Boy can teach us anything it's that defeat isn't the end of the journey, it's all those ghosts in the middle, guiding us to the right path, showing us that mistakes are steps towards perfection. That dreaded four-letter word "exercise" could be a rewarding experience if we dont let it beat us before we pick up the barbell. Gamers can apply the lessons of a little ball of meat into a routine that works for them. So keep putting in quarters, press "Continue" just one more time. You're only one misstep away from beating the naysayers.
We need more writers about Super Meat Boy! Get started below...
Contributor
Tim O Donnell
Contributor
Twitter

Tim O'Donnell is a freelance writer from suburban New Jersey. He plays video games, reads comics, watches hockey and football, and has two cats. When he grows up, Tim wants to be the Mayor of Cincinnati. He is also very indecisive.

10 Gaming Moments Everyone Wishes They Could Unsee New

10 Video Game Openings That Pissed Everyone Off New

10 Forgotten Horror Video Games That Will Scare You Senseless!