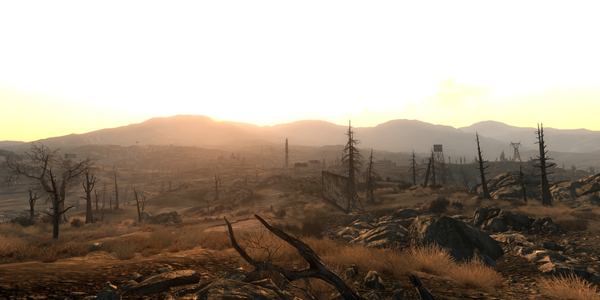 Bethesda SoftworksThe Fallout series, despite its keen sense of humour, has always been among the scariest non-horror games out there. In between the prospect of nuclear war, mutated creatures and heinous experiments, there's a lot of nightmare fuel to be found in the post-apocalyptic wasteland. Set primarily in the United States of America, the Fallout series is set in the aftermath of the Great War, which led to the nuclear destruction of most of the civilised world. Some inhabitants were able to survive by hiding in vaults (which also have their own set of disturbing tales), or underground, though many were transformed by the ensuing radiation. The franchise has often acted as a black mirror of our own society, providing exaggerated post-apocalyptic versions of the worst aspects of humanity. It's when these reflections veer too close to the familiar that things get truly scary, prompting questions of just how our real-life civilisation would respond to the aftermath of nuclear war. In anticipation of Fallout 4, we've put together a list of the creepiest, spookiest stories from the series' rich history. From mad scientists to people being flayed alive, here's some compelling reasons to get out on the streets and start lobbying against nuclear weapons, now.
Contributor
Tom Butler
Contributor
Twitter

10 Video Games That Were Too Damn Long - Commenter Edition

9 Video Game Secrets That Were Hiding In Plain Sight