5. The Game Is Played From A Lower Angle 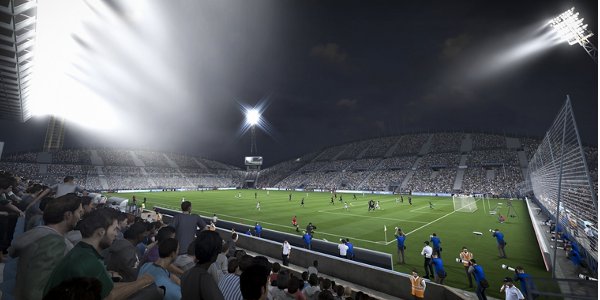 In previous iterations of the FIFA franchise, the crowd have been portrayed as generic cardboard cut-outs bobbing up and down in the stands in a weird blend of colour. Now, given the extra grunt afforded by next generation machines, EA have been able to put a lot more work into the way supporters look, giving the game a much more life-like feel. The crowd are presented as 3-D models, and look like they've actually jumped in their car, driven to the stadium car park, bought a match program and taken their seats. And in order to get the most out of the new-look crowd, EA have changed the default camera settings to an angle that brings supporters into the action. No longer will the crowd be hidden up in the rafters during a game as in previous titles - the crowd are now fully part of the scene, and fully part of the experience.

Football Manager 2021: 10 Essential Fan Demands It Must Include

8 Best Secret Bosses In Video Games You MUST Find

10 Most Broken Spell Cards In Yu-Gi-Oh!

Hitman: The Dark Past Of Agent 47 Explained

10 Video Games That Made Their Creators Leave The Industry

7 Awesome Video Games Killed By Their OWN Marketing

10 Video Game Characters You Didn't Know Appeared In Other Franchises

GTA 6: 12 Exciting Theories That Would Change EVERYTHING