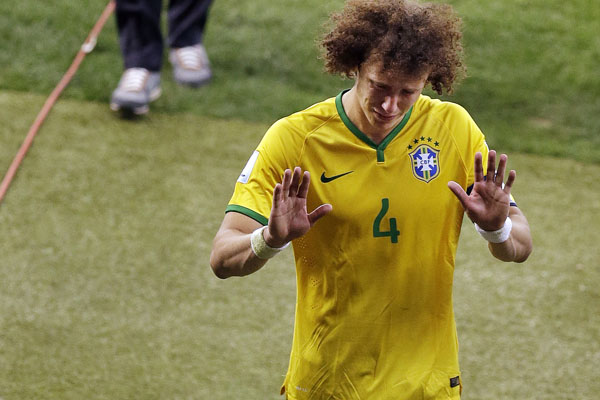 Themba Hadebe/AP/Press ASSOCIATION ImagesMaybe the one thing which overshadows the release of a new FIFA game is the release of a new set of player ratings, systematically ranking the best (and worst) players on the planet by the numbers. Each and every year with the release of a new instalment, the most exciting thing for we FIFA nerds is to place the brand-spanking new disc in the drive and go straight to the team selection menu to see what rating the egg-heads at EA Sport have given to all the top players, long before we ever even sit down to actually play the game. This excitement most certainly doesnt stop at the player ratings though. Equally as important is to see what the team as a whole has been rated based on their previous years endeavours. Inevitably there will always be fractious fans moaning that their favourite team hasnt been adequately represented or that the EA Montreal team have once again overestimated their local rivals from across the city. Now that FIFA 14 is nearing the end of its cycle and FIFA 15 is rapidly getting closer to its highly anticipated release we can make some suggestions about which generously rated teams should be given a more realistic set of statistics in the next release in the beloved franchise. Everybody wants FIFA 15 to be the most realistic package it can be. EA have shown us at E3 how much attention they are putting into the graphics and player emotional intelligence  it is just as important that they rate the teams accurately based on their performance in the 2013/14 season. Here are the 10 teams who must be downgraded:
Contributor
Sam Heard
Contributor
Twitter
Facebook

10 Video Games That Retconned EVERYTHING

8 Hidden Video Game Cutscenes You Were Never Meant To See

9 Video Game Characters That Vanished Without A Trace

10 Video Game Endings That Pissed EVERYONE Off

8 Video Game Sequels That Fixed EVERYTHING