It's still early days yet, but the Internet is positively buzzing with the word on GTA V, which finally made it into our grubby little hands yesterday. While we've already commented upon 10 awesome missions we've played, that doesn't account for the litany of other moments that populate the game. As any GTA fan worth their salt knows, Rockstar put a lot of effort into the little details, and it's the charm of these moments that really make the games what they are. While it's impossible to include every cool reference and tidbit, here are 10 that have particularly perked us up while blasting through GTA V (so far), 10 that make the game what it is, and make it clear that Rockstar really are swinging for the fences with their most ambitious video game to date. Remember that SPOILERS DO FOLLOW... 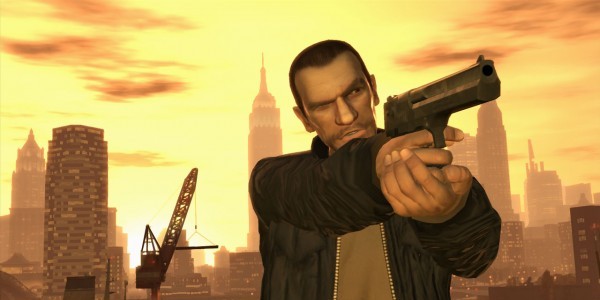 As you prepare for the first heist in the game, Lester runs through a list of contacts who could possibly comprise your crew, before coming to realise that none of them will fit the bill. One character he mentions rings a bell in particular: "There was an Eastern European guy making moves in Liberty City, but nah, he went quiet." Gee, I wonder who that could possibly be. Though the GTA games tend to exist in their own distinct/tangential universes, occasionally they do like to drop references in like this; Lester is, of course, referring to GTA IV's protagonist, Niko Bellic, and though it only confirms what we already suspected (that Niko decided to lie low after the events of the game), it's still a nice nod that just about every GTA fan would surely appreciate. After all, bringing Niko into your crew would probably just be a little too on the nose, no?
Contributor
Shaun Munro
Contributor
Twitter

10 Video Games That Kill You In The First Level

10 Video Games In 2021 Everyone Regretted Buying

10 Video Games That Should Have Ditched Their Multiplayer Modes