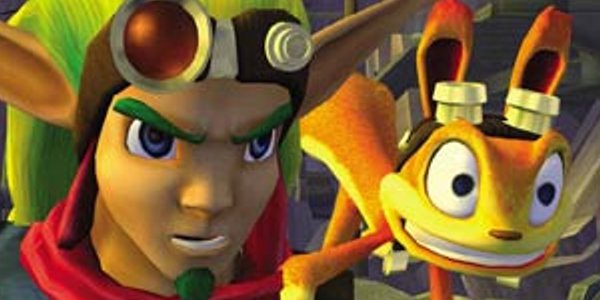 A title that had a significant influence in my becoming the games enthusiast that I am today was Crash Bandicoot's spiritual successor: Jak and Daxter. It was a title that gave every kid my age a humble reminder of the creative ability Naughty Dog possesses. Sure, the title was the first to have the dynamics of night and day on the Playstation 2 but that is not why it is remembered. Jak and Daxter: The Precursor Legacy provided players with a juvenile yet captivating world that had its own quirks and nuances which undoubtedly served to exemplify the brilliant nature which the development team had created. Despite the game's age it is still enjoyable to go back and play this title even today. Once you get past the obvious generation gap in audio-visual quality, the title speaks for itself. Naughty Dog made me fall in love with the characters. The duo possessed a small, fast-talking rodent that had once been a mischievous young boy. After taking a dip in a small pool conveniently filled with dark eco (Naughty Dog's take on dark energy - aka 'bad stuff'), the Daxter we know and love was born and three traditional installments into the series later his antics can still be notably adored. Jak, on the other hand, acts as a silent protagonist in the title's first installment but takes on an edgier role as the series went on. Almost like the stages of life, one might say. For one, Jak II took the silent hero we had come to know and love and gave him some bite. As an 11 year old, hearing the hero curse for the first time (let alone speak!), was dumbfounding. I thought to myself, "So that's what he sounds like!" It didn't stop there, I actually took a liking to the gun-toting hero for he represented an evolution of a character whom I had become well acquainted with. It is rare for a series to go through a character transition such as this and still retain what its fans would call 'fun'. In terms of characterization, Daxter remained the same - how could they have changed 'orange lightning'? The beloved little fur-ball provided that same level of personality that made the first title so great. However, Jak II brought the title into the open world and allowed for gamers the world over to have their way with an entire work of art while still keeping a strong hold on what made the series so great in the first place. Furthermore, gameplay was enhanced in its inclusion of weapons. This made for an action packed platformer that still had the commitment to great level design common to the first game. The next game in the series was a tough one to digest though, despite its obvious flaws, it was an honest conclusion to the series. Wait, what am I thinking? Jak was Mar? What does that even mean? 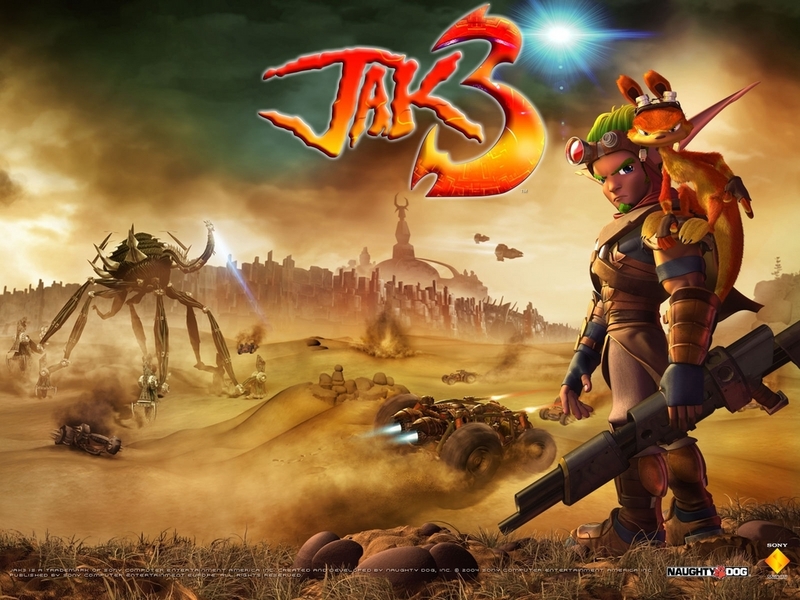 The title struggled with ending the trilogy safe and sound but it delivered on its promise to give players a humongous world that included an entire desert and a revamped version of the town we had become familiar within the second installment of the series. Not to mention a number of levels that were linked by the previously mentioned locations. It was a huge game and I personally believe that Naughty Dog's commitment to providing such a full game environment may have actually cannibalized their efforts to adequately conclude the title's story arc. It turned into a tale that was filled with so many twists and turns, common to popular culture might I add, that it became a common occurrence to find the 12 year old version of myself shaking his head in disgust. Even though the game's story was lacking in many respects, had the series ever been known for that? Not at all. Fans have loved the Jak and Daxter series for many years mainly due to its emphasis on 'fun'. Naughty Dog got that right and delivered titles that possess something that many developers have been trying to achieve since the inception of video games: clear, concise, enjoyable gameplay. This an important factor I considered even when trekking through the game world of Jak 3 wondering to myself, "Jak is Mar?" And Naughty Dog did just that. They created a character who literally grew up with his fans. We saw Jak grow from being a boy to an angst-ridden young adult to a close representation of what most would call an adult. It's almost as though Naughty Dog intended for us to become so well acquainted with the character they had forged. Even though the Jak series had its ups and downs it belongs to a select few series in my life that will be cherished forever.
Want to write about Naughty Dog, Crash Bandicoot, Jax and Daxter, Jak II and Jak and Daxter: The Precusor Legacy? Get started below...
Contributor
Antony Wanjala
Contributor
Twitter

Studying Biomedical Engineering and Mathematics at the University of Arkansas. Interested in a career in dentistry, videogame journalism, and music. ~ yes, all three. Check out my blog: antonywanjala.wordpress.com Or shoot me an email at antonywanjala@gmail.com Follow me on Twitter @tsunamiavenger

10 Mortal Kombat Rip-Offs You Won't Believe Got Made

10 Creepy Video Game Secrets That Will Chill Your Blood