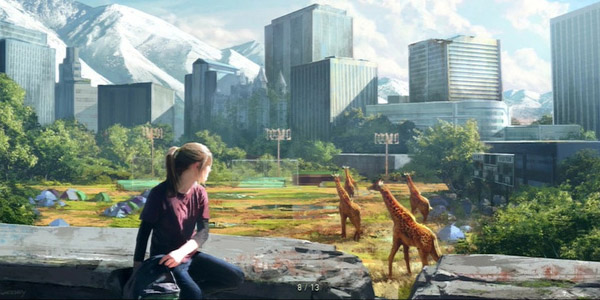 The ending to The Last of Us was simply magnificent. After the way Telltales The Walking Dead series pulled at the heartstrings last year, I knew Naughty Dog had a gauntlet if they were going to convince me they could match it. Could they have me tearing in those final moments, agonizingly pushing me towards the finale? In a word, yes. But that all came post-credits. What happened simply bewildered my senses. It sacrificed the traditional video game ending of a big boss battle, an emotional goodbye or a sacrifice for something more anti-climactic. As a result, nothing prepared me for the subtle exchange of words that would, after reflecting on the moment, carry so much characterization and commentary on not only the story but the world that I inhabit. The world that I love. The world that now terrifies me. At first I viewed the ending as the To Be Continued moment Ellie warned us about on our way to Pittsburgh - an anti-climactic mess that felt meaningless. It took about thirty minutes before I got the trembles (due to the ending) and jumped back in to analyze the whole thing. The moment imperative to begin with is when Joel and Ellie arrive in Salt Lake City, to find a giraffe, peacefully eating on leaves. Its an occasion of pure beauty that juxtaposes the horror of the adventure prior to this moment. Weve murdered, weve witnessed the demise of allies and yet here, in this one instance, we can relax and gaze upon restoration. However, in hindsight, the moment is an indication that suggests, despite the tragic collapse of mankind, the world is moving forward. Nature is claiming back land, animals are emerging once again, all while the human population is slowly dying out; we no longer present an essential force in this world. Its an analog to the dinosaur era, only in this instance mankind is near extinction and the only hope for salvation lies with a fourteen year old girl, immune to the Cordyceps virus. As the final act played out, I was convinced that Ellie would rescue mankind from extinction. Ellie was, throughout this story, prepared to sacrifice herself in order to bestow a utopia on the world. After all weve been through, everything that Ive done, it cant be for nothing, she suggests. Despite this feeling though, the game managed to manipulate me into remembering that this is Naughty Dogs story, not my own, and what I suspect will happen, most likely wont. The narrative prior to this moment had borrowed some clichés from zombie-apocalypse fiction, most notably the immune character who would present importance but the ending was something very unfamiliar; It was Joel that had the final action. He enters the operating theatre, and smuggles an unconscious Ellie away from the scene. He chooses the existence of one girl over the rest of humanity. He picks his own self need for companionship over a forsaken existence he was ready to attain when contemplating handing Ellie over to Tommy and the Fireflies. The only question left is, Why?

Persona 5: 10 Best Personas Of All Time

10 Things You Didn't Know About Fallout 3

10 Video Game Fights You Didn't Know How To End

The Game That BROKE The Gaming Industry