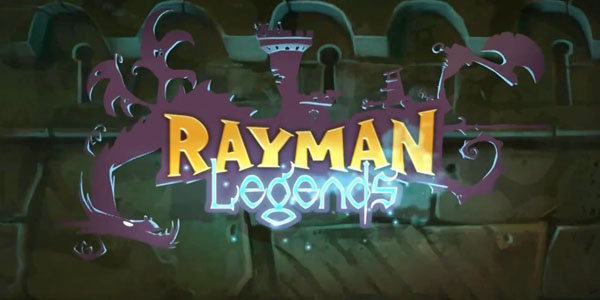 This morning the first proper trailer hinting at what the new Nintendo Wii U is capable of leaked online. The link HERE may or may not still have the full video as Ubisoft seem to be taking it down everywhere - so good luck.

Anyway, on first impressions I have to say I'm impressed. Rayman Legends seems a great fun title to show off the enjoyable elements the Wii U could provide like gesture controls, group play, online options and all that stuff we expected from the all new and powerful Wii U but looking looking at the trailer a fair few times I have a few musings about Nintendo's new console. The Graphics Are Pretty So for starters the game looks fantastic. Of course it's not the same game as the recent Rayman Origins, which itself was damn pretty but the improvements in this sequel here are vast. Fantastic colouring, great animation and the wonderful backgrounds. The trailer also hypes the 'Epic Rendering Engine' while showing off multiple baddies on screen at the same time moving smoothly and frankly the Wii U looks like it's delivering on the graphics front.

The New 'Controller' Can Interact With Items Placed On It Well we expected gesture controls and touch action but this new Wii U controller can have items placed upon it that take part in the game. In the trailer we see hearts and rabids as well as a hint at other Rayman figures but with the teasing closing shot of placing an Assassin's Creed figure on the new controller to take part in the game is pretty epic. It's this element that could very well pull a ton of kids and collectors in as the whole Skylanders project attempted to do and with the likes of Pokemon under Nintendo's belt the use of the new Wii Controller could end up being vast.

You Can Play Games On The Controller Screen While Your Friends Play with Wii-motes Beside You. Not the biggest of deals but sort of cool for those that might want to hide something from the player next to them in a game or simply want to go for a wander mid-game. This could actually be expanded upon for a fair few game ideas down the line - so this element could wind up being pretty interesting.

However at the end of all this I do have one big question... Why Is The New Controller Wired In Every Shot? Considering this is a trailer for a game and not just a teaser at the consoles abilities why is it that the tablet controller seems to be wired in every shot? God back and take a look at all these screen grabs...all WIRED. Is this new controller too powerful to hold a charge all it's own? Are batteries just not going to cut it? Do Nintendo plan a wireless version further down the line but on release we have to plug this new bad boy directly into the console, y'know like cavemen used to do? I guess with E3 just around the corner we'll find out all the answers to the mysterious Wii U but I have to say this leaked trailer is the first bit of footage that has gotten me anywhere near excited about the new Nintendo console. What do you guys think? The guys in the trailer seem pretty happy.

We need more writers about Nintendo, Nintendo Wii U, Combat Wings: The Great Battles of WWII and Rayman! Get started below...
Contributor
Marcus Doidge
Contributor
Twitter

Marcus has recently released his first Game on the App Store. Check out Turtle E here http://www.facebook.com/TurtleEGame and @KeySecretStudio #TurtleEgame for more.

You'll Never Get 100% On This Assassin's Creed Valhalla Quiz!