Hands up if you love the PS3. I sure do. Despite all the minor issues Sony's aging console has, it still holds its own in sales and performance against its surprisingly popular competitor, Xbox 360. But with the Playstation 4 just having been announced, what will happen to the PS3 now? Will it leave a legacy like the PS2 or crash and burn shortly after the PS4's launch? First, the facts. The PS3 lives under the PS2's almighty shadow. The PS3 struggled for years until it got the first redesign and price cut. The PS3's early "success" came from Blu-ray. If Blu-ray hadn't been included in the PS3, it may have died prematurely. Sony made some big mistakes with the PS3. The PS2 was a monumental system, which Microsoft's Xbox failed to ever come close to. However, when both companies transitioned to next-gen, Microsoft was clearly more prepared. Gears of War quickly became Xbox's killer app, and the Xbox LIVE service was running smoothly very quickly. Xbox came out first and cheapest, giving it a huge market share advantage on the PS3. When the PS3 launched, the PS2 continued to go strong. Hell, it's only just been discontinued. Many of what critics call the "greatest games ever made" are on the PS2 such as Grand Theft Auto: San Andreas, Kingdom Hearts and Shadow of the Colossus made the PS2 the juggernaut it was. Most of the PS3 classics like Grand Theft Auto IV, Uncharted 3 and God of War 3 failed to have the same monumental impact as their previous gen counterparts. Despite them being very good games, they just haven't reached the same heights. Sony has stated that they will support the PS3 until "at least 2015." But realisitically, who is going to be playing the PS3 until 2015? Many gamers and developers agree that this generation has gone on for way too long, and with PC power houses like Battlefield 3 and Crysis 3 melting even the best modern PC's. The PS3 and Xbox 360 versions of these games are so inferior that it is almost a different game. Graphics don't count for everything, but stability and a good frame rate does. And the player counts of Battlefield 3 lead to a vastly different experience. This generation has gone on long enough, it's time to let it go. Now, not 2015.

The PS4's launch will also mean a shift in focus at Sony, both in manufacturing and first-party games. Sony has confirmed that all of their internally owned studios are working on next-gen projects, and massive companies like Ubisoft and Square Enix (Squenix, as I like to call them) are already on board. Sony have stressed that 2013 will be a great year for the PS3, with God of War: Ascension, The Last of Us and Beyond: Two Souls heading up PS3's lineup. But is there any first party Sony games coming out in 2014? Nope. None confirmed, anyway. And what of third party games? Battlefield 4 is confirmed to be a next-gen, with the PS3 and 360 versions currently unknown, Ubisoft's Watch Dogs and Assassin's Creed IV: Black Flag both coming to all consoles. Squenix confirmed a new Final Fantasy (did they need to?) and Take-Two have just announced a successor to Spec Ops: The Line on PS4. 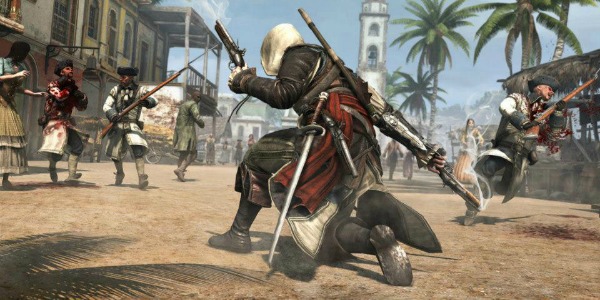 But there are still a few good third party games due for this year. Grand Theft Auto V, Bioshock: Infinite, Saints Row IV, Army of Two: The Devil's Cartel and Splinter Cell: Blacklist will all send the PS3 off with a bang. An interesting thing to note is the release schedule of these games. Most of them are coming out soon. Very soon. Blacklist and SR4 occupy August, with Grand Theft Auto V owning September and. The rest are due in under a month. Developers could possibly be running scared by the new consoles, wanting to avoid that spending rush that comes with a new console. Who wants to play Saints Row IV on PS3 when you can play Watch Dogs on PS4? The PS2 left a legacy that no one can understand or insult. Sony's console is one of the highest selling of all time, and with a massive library of franchises still alive and kicking, the PS2 is responsible for a lot of good in the gaming industry. The Ps3, even with it's recent success, fails to make the same impressions and could be gone from our minds in a matter of years. Sad, but true. What do you think will happen? Comment below with your opinions, and let us know what will happen to your PS3.
Want to write about PS3, Playstation 3 and Playstation 4? Get started below...
Contributor
Ryan Musker
Contributor
Twitter

I live in Australia, love to write and play games. So what better than writing about games? I love all things action and fantasy, as well as my occasional shooter. I literally cannot wait for GTAV!

10 Video Game Side Missions That Made You Feel Guilty

10 Video Game Accessories EVERYONE Owned (Until They Didn't)