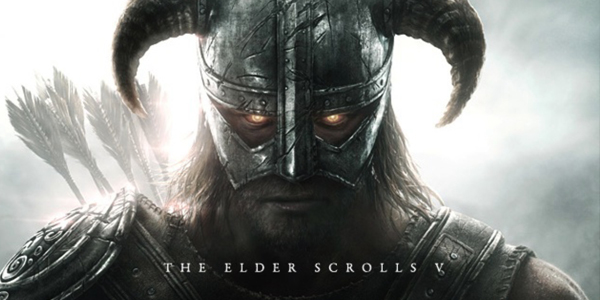 Skyrim was one of the biggest games of 2011 and as 2011 was an epic year for gaming, that says a lot. The huge scope of the game wowed audiences and the hours of gameplay kept the water-cooler chatter going for months. Just when things started to settle down and we began to move on to all the great games we had been neglecting we get Dawnguard; a chunky piece of narrative DLC that gives us a very good reason to return to the icy tundra of Skyrim. Bethesda, you bastards. First things first, don't expect Dawnguard to be fixing any of the problems that plague the main game. Bugs are still an hourly occurrence and I even suffered a full system crash that even killed the off button; this was not cool. My vampire side kick would frequently get stuck and at one point that made me restart a mission 4 times. This too, was not cool. Of course, if you have played Skyrim (which I will assume you have) you will already have accepted these things. They really are par for the course with a game this size. The dust has settled with Skyrim. The graphics look crappy compared to most games of this generation but the design and atmosphere is still stellar. The music is the same; awesome. The voice work is the same; crap. The gameplay is still great fun and even if you have maxed out your key skills, there is still likely to be areas of unexplored gameplay that Dawnguard gives you the opportunity to explore.

The disappointing thing about Dawnguard is that it is no better than any other major side mission in Skyrim. If you think about it, that isn't really a weighty criticism as all the major side quests; the Thieve's Guild, the College at Winterhold......even the Daedric Quests are all fantastic and rival the main story quest in terms of both gameplay and storytelling. In short, Dawnguard is up there with the best that Skyrim has to offer. But of course, Skyrim has offered us hundreds of hours of this already so paying a relatively high price for around 20 hours more of it seems slightly underwhelming. There is a strange paradox with Dawnguard, and that is that while you are clearly steered towards joining the Dawnguard and fighting the nasty vampires, the developers clearly had a lot more fun creating the vampire side to this tale. The quests have you searching for a magical bow that can kill the nasty daddy vampire. While it is good, and fills in some of the mythology regarding the Snow Elves, it never reaches the heights of some of the other stories. When playing aligned with The Dawnguard this all makes sense but turning the same missions around to fit into the higher vampire's role is less logical. Still, the developers clearly want you to be a vampire, at least experimentally as they made it so fun. Being a higher vampire has no real negative side effects aside from sunlight causing you to stop regenerating health. You gain some useful powers (some of which can be used in human form) and a unique perk tree. It also has the novelty factor, a new way to play the game. While it is fun, the story is basically the same which is a shame. I was hoping for two totally unique stories where it's like playing a whole new DLC expansion but that isn't the case. Still, that isn't to say that there is little on offer here. 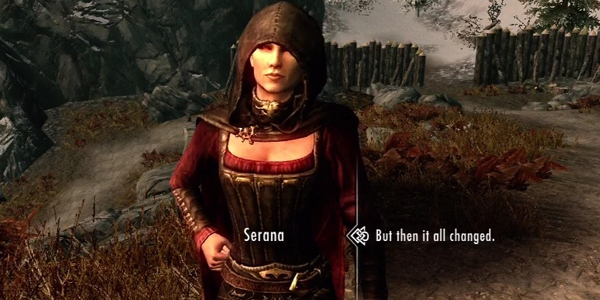 Aside from some reasonable armour and weapons, the best thing to take away from Dawnguard is your vampire companion. Serana will follow you around even after the main quest has been completed and she significantly boosts your battle prowess. Her attacks are not mega powerful but they still distract foes and give your reasonable support. Plus she is on hand to turn you into a vampire, if like me you preferred your post-Dawnguard character but miss night vision. There is one more thing that I must mention, and for me it is probably the best thing that comes with Dawnguard. Legendary Dragons. If you are like me and you are a very high level, ancient dragons don't really pose much challenge. Enter Revered and Legendary Dragons. Legendary Dragons are more of a challenge than even Alduin but you have to be around level 75 to meet one. Overall this is a promising expansion but certainly not a remarkable one. We are talking Knights of the Nine rather than The Shivering Isles. Hopefully the next instalment of DLC, should there be one, will give us something a bit more expansive. Dawnguard is available for download on the Xbox Arcade now.
Want to write about Xbox 360, Bethesda, The Elder Scrolls V: Skyrim, Reviews, Skyrim and dawnguard? Get started below...
Contributor
Ed Moorhouse

10 Unique Video Game Difficulty Modes That Will Break You

9 Video Games That Didn't Know How To End

10 Video Game Cliffhangers That Will Never Be Resolved

10 Video Games That Let You Be An Utter Scumbag