There are really only two PC series' in the the history of gaming that I could say I truly loved, and not feel even a little bit awkward about it. If they were near me, I was happy. When they were away, I felt empty. If they improved themselves, and became better games, I was proud of them. And when they failed, I felt their pain. One of them, Knights of the Old Republic has finally made its way into my favorite addictive genre, the MMO genre. The other game, Fallout, was so close I could almost taste it (it tasted like wasting time and Dr. Pepper.) Several years ago, Bethesda licensed rights for a Fallout MMO to the original creators of Fallout, Interplay. The deal was part of Bethesda's purchase of the Fallout franchise, which stipulated that Interplay could keep the MMO rights as long as they had $30 million to develop it and had started work by April, 2009. Sounds like a cherry deal for Interplay, Bethesda, and the fans, right? Interplay picked up the cash needed to save their company, Bethesda got the rights to develop the first 3D, full roaming Fallouts, and we got the promise of a full on Fallout MMO. Perfect. Sadly, things just didn't work out that way. By 2009, Bethesda had decided that Interplay just wasn't going to make it happen with the Fallout MMO, even though Interplay had just entered into a development deal with Masthead Studios in Bulgaria. Bethesda chose to sue Interplay for infringement and attempt to wrest control of the MMO back from them. After a fairly prolonged legal battle, the two companies eventually agreed on a settlement in which Interplay totally released all rights to Fallout Online, and Bethesda paid a "so long" payment to the tune of $2 million USD for the matter to be over and done with.

So what does that mean for us, the gamers? Well, there are two current options on the table for a Fallout Online-ish game. The first, is the currently under development Project V13, which is the culmination of all the work done by Interplay, before Bethesda finally purchased back rights to the MMO. More about that later. The second option, is a full on Fallout MMO funded by Bethesda's seemingly bottomless bag of gold and need to always do bigger and better things. While most people would agree that a Bethesda fronted MMO would likely be the superior product (for no other reasons that Bethesda has the cash to develop such a game on an acceptable level), smart money says we're just not going to see that game happen. Bethesda has already made strides in developing their upcoming The Elder Scrolls Online, including screenshots and an estimated release date in2013. The MMORPG version of Tamriel is being developed by Zenimax Online, a subsidiary of Zenimax Media, which owns Bethesda itself. In short, the project is totally internal. Why is that important? Well, in short it means that Bethesda and its parent, Zenimax Media just won't have to time or money to actually put a Fallout MMO together. An MMO requires a massive amount of funding to keep up and running, and to my knowledge only Richard Garriot has had the balls (read ego) to think he can run two MMOs at the same time. Well, with Bethesda's likelihood of developing the Fallout MMO shrinking to practically nothing, that leaves the mythical Project V13. Ready for the bad news? Project V13 is nothing more than a pipe dream at this point. In 2010 Interplay announced to the world in their SEC report that they were just about out of operational funds. The $2 million USD they took home for completely relinquishing their rights to Fallout probably helped them a little bit, but not enough. In 2011, Interplay was already looking to Kickstarter to help fun the multiplayer aspect of their upcoming Battle Chess remake under Subdue Software. The company just started getting sad when their launch of a Facebook and Twitter page turned up near zero results. 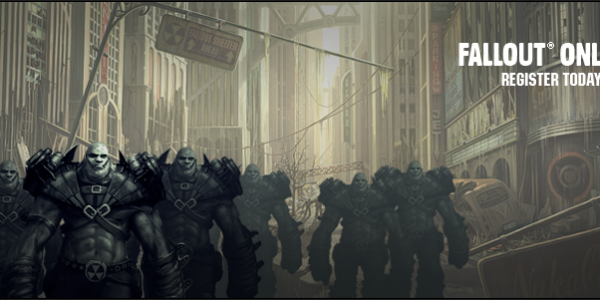 Heart breaking lies......... Even though excitement stirred in 2010, when Interplay announced that it was taking Beta test registration and slating trials for 2012, the game has had little to nothing in the way of press or funding since then. Following the recent court rulings and the financial destabilization Interplay is undergoing, it's highly unlikely that they will be able to follow through with their promise to develop Project V13. In fact, it's entirely possible that Project V13 was never in development, but was held up like a cardboard tank to gain them bargaining power with Bethesda. That bargaining power, of course, earned them enough money to stay afloat just long enough to sell any intellectual properties they still own and pray that they can get bought out by a company interested in keeping the staff on hand, rather than liquidating the publisher completely. No matter what Project V13s former state, the fact of the matter is that its future state has as much promise as a child who's parents let their drug dealer's pit bull babysit. In other words: it's dead and just doesn't know it. And that's the sad, sad truth. Fallout Online, a game that thousands have been pants crappingly excited about for five years now, is dead, and with it our hopes, dreams, aspirations, and other poetic stuff. Fallout Online: R.I.P. That is, unless enough interest in generated in the next few months for a larger conglomerate to decide purchasing the rights to Project V13 or purchasing Interplay. There is, however, something you can do to help. It might not seem like much, but hardcore fans that don't already own one, should consider buying a copy of the original Fallout series via online retailers. The small funds gained from such a transaction won't help get Interplay back on its feet, but at this point, the only way Project V13 will happen is if someone thinks it's got enough interest to make money. That's when they look at the sales figures for the whole series and say, "Sweet crackers, Jim" (They talk like Bones from Star Trek) , "the original game is almost 20 years old and still selling. We should turn this into an MMORPG." So go forth and use your purchasing power for good for once in your life. You'll always be able to buy the Hanna Montana DVD collection, but Fallout is in need right now.

Persona 5: 10 Best Personas Of All Time

Clayton Ofbricks hasn't written a bio just yet, but if they had... it would appear here.

10 Things You Didn't Know About Fallout 3

10 Video Game Fights You Didn't Know How To End

The Wars Of Gears Of War EXPLAINED